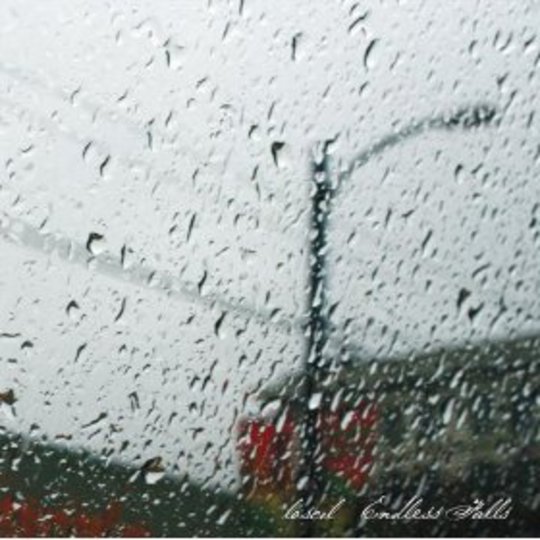 Scott Morgan is one of those rare musicians who fully grasps the notion that it’s as much about what you don’t play as what you do. This is his fifth album as Loscil, which continues to plunder the same vein of chilly ambient electronica as his previous efforts. This is music designed to be played loud, preferably with ears hermetically sealed in high quality headphones, so listeners can really submerge themselves in all the subtle textures and nuances of Morgan’s recordings. Like much of Loscil’s output, it’s often difficult to detect a human hand at work on Endless Falls. This is the sound of isolated machine noise hollowed out and whittled down to its fragile essence, a set of songs left teetering on the brink of actually existing at all, a sort of ghostly paean to the beauty found on the cusp of complete silence.

The sounds on Endless Falls bleed into one another so naturally that it’s difficult to imagine this as a set of files on a hard drive that were plugged into a piece of sequencing software. It often feels like these tracks have developed a peculiar life of their own after being set in motion by Morgan, who hung around to capture what they would do while left to their own devices. This is music made with an innate understanding of the power of repetition and its ability to play tricks on the human mind. Many of the elliptical loops on tracks like ‘Estuarine’ and ‘Fern and Robin’ develop tiny counter-melodies within counter-melodies when experienced over a sustained period of time, with Morgan happy to secede control and completely remove himself from the process, letting the songs shape themselves.

Unusually for such an exercise, these tracks are emotionally redolent, often reaching down into a dark well of sadness and never returning. This isn’t simply a musical paradigm shift designed to take listeners to the verge of some noiseless paradise, it’s also filled with genuine feeling that unfurls in sludge-like slow motion. Morgan employs such touches with subtlety and grace, such as the sound of a distant organ player emerging from the murk of ‘Lake Orchard’, or the scrapes of cello that blister from the cocoon of glass-like patterns on the title track. Much of Endless Falls feels like a horrific life-changing event coming into focus at a distressingly torporific pace, with Loscil’s audience cast as uneasy bystanders, wanting to discover where this is all heading but afraid of what they’ll find when they get there.

Things do reach a climax, of sorts, with the standout closing track, ‘The Making of Grief Point’. Here, Morgan deploys vocals on one of his tracks for the first time, which come courtesy of Dan Bejar, with whom he works in the Vancouver band Destroyer. This is the final act of unsettling disorientation in an album full of obtuse left turns, with Morgan pulling just one more trick out of his bag by having Bejar recite a spoken word piece that easily stands alongside Slint’s canonical ‘Good Morning, Captain’ as a piece of affecting storytelling set to song. Bejar speaks in hushed tones as he hisses his thoughts on the music-making process, temporarily loosening the various narrative strands that listeners have weaved together for the rest of the album, but also maintaining that impermeable sense of unease that perforates every song.

Endless Falls is the most complete version of Morgan’s vision for Loscil to date. It’s an album that’s easy to get lost in after a few cursory wanders into the ether, where the amalgamation of barely-musical sounds sucks you in and seems to produce something different every time. It’s an album for anyone who has found music and beauty in the rhythmical clack of train wheels against tracks, in the low hum of a refrigerator, or the cyclical tap of the second hand on an old wristwatch. Morgan cleverly bookends the album with the noise of a rainstorm he recorded in his back yard, which ushers his listeners back into the real world at the close of ‘The Making of Grief Point’. It engenders a feeling not dissimilar to walking out of a movie into bright sunshine when you expected darkness, where all the ugliness of everyday life suddenly comes blaring into sharp focus, made all the more uneasy after being so utterly wrapped up in someone else’s art.