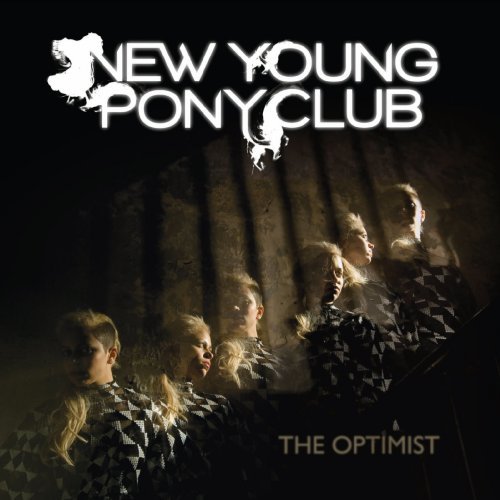 Despite going both directions and ending up not far from where they begun, struggling to leave behind the detritus of a genre so one dimensional it makes Ke$ha look sophisticated, 'Stone' and the sinister, glacial 'Architect Of Love' offer hope that NYPC could yet escape the new rave grave.»

forget everything you thought you knew about new young pony club, because on their second album it's all changed. if 2007's critically acclaimed, mercury music prize nominated 'fantastic playroom' was the culmination of the hybrid disco sound they pioneered, 'the optimist' heralds the beginning of a brave new future for the band. self-produced and more importantly self-funded and self-released, 'the optimist' is the sound of a band taking full control of their present and future, circumnavigating their own way. with no four on the floor, no cowbell and no monotone sexy talk, the creative freedom enjoyed by the band has opened up a new experimental side, as shown by the psychedelic-dub- balladry of 'stone' and the atmospheric, cracked beauty of 'architect of love', and the singles 'lost a girl', 'chaos' and soon-to-be-huge 'we want to'. it's an assured, deliciously adventurous next step for new young pony club, open your ears and have a listen.
description from www.roughtrade.com