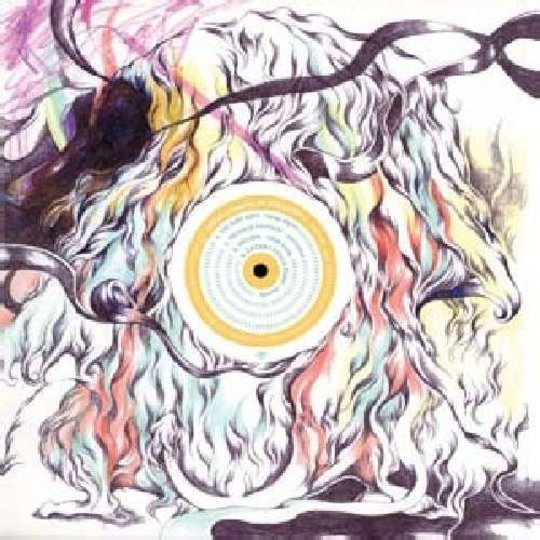 While Dublab’s decision to title their ongoing series of vinyl-only compilations In The Loop was doubtless a reference to staying in touch with the ever-shifting, blogged-out indie zeitgeist, it’s tough to get past the title without imagining Malcolm Tucker’s irate expression penetrating your soul from above a steaming cup of take-away coffee. Which, to be fair, is about as far as any listener could possibly get from this fifth in the series, which brings together music from the likes of The Ruby Suns, Lucky Dragons and Teengirl Fantasy to form the aural equivalent of a hot chocolate before bed. Not a single song on here feels as though it could muster the energy to give you even a mild ticking off, let alone march into the room, mobile clamped to each ear, and proceed to strip away layers of flesh with pure, acrid bile.

In fact, The Ruby Suns’ ‘Kenya Dig It’ would probably offer to sit you down over a skinny latte and have a quiet little chat. Soft, soporific and solipsistic, it’s delay drenched in a Merriweather Post Pavilion kinda way, but with the harder edge in Avey Tare’s voice filed away to leave little but a cushioned mass to sink into. Which is mostly a good thing – like the rest of their Sea Lion album it seems to wash past without snagging much attention, but still manages to get itself well and truly lodged in there. Oh, and it’s got an absolutely killer keyboard solo. Teengirl Fantasy’s ‘Portofino’, meanwhile, drifts along lazily in a stoned haze of electronics and densely layered shoegaze noise. Perfectly pleasant, if a little inconsequential in the context of a compilation.

Things get a little less straightforward with HECUBA’s ‘Miles Away’, a particularly grin-inducing beat ushering in a sparsely crafted backing and some lovely boy-girl vocal backchat. There’s a strained thread of dissonance running in the background throughout, the product of strangely looped samples and the closest In The Loop 5 gets to an undercurrent of menace. A similar musical aesthetic links HECUBA to Lucky Dragons, whose sketch-like ‘Are We Alright?’ crafts a miniature symphony out of busy percussive chatters and off-kilter instrumentation. White Rainbow's paradoxically-titled closer ‘Mind Haze Is Clear Delight’, couldn’t be more aptly named: its curtains of hanging ambient noise are both languid and lucid, reaching to match Stars Of The Lid’s opiate-soaked bliss.

But while each track on In The Loop 5 manages to stand strongly on its own two feet, when all eight are placed together the effect is to diminish the standout characteristics of each. It’s probably due to their similarities in pace and mood, but every song feels like the part of an as-yet-unfinished whole, something a compilation of different artists’ work would find it difficult to complete to satisfaction. It’s slightly frustrating – a full-length of Lucky Dragons’ polyrhythmic insanity or White Rainbows’ narcoleptic soundscaping, rather than a short few minutes, would doubtless serve to enhance rather than downplay their considerable charms.