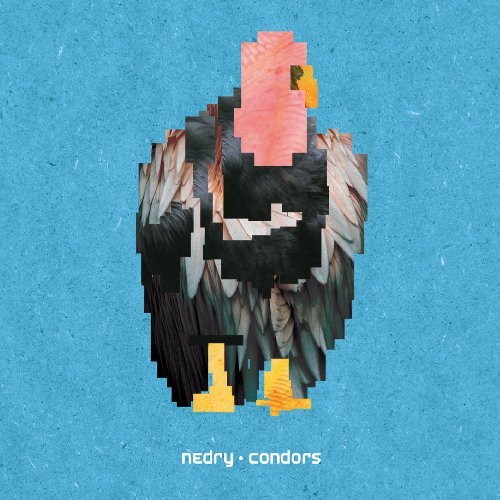 Ultimately, brilliant though it often is, Condors is more like staring through the glass walls in a laboratory rather than peering deep into the windows of someone’s soul.»

monotreme record releases the debut album of london uk trio nedry, whose gorgeous fusion of electronica, instrumental rock, dub-step rhythms and hauntingly beautiful vocals has already generated quite a well-deserved buzz in the uk media. nedry is matt parker, chris amblin and ayu okakita. nedry create music to bounce to, rock-out to and get lost in. their beautiful sound and arresting beats are from and for the 'post'- generation. their sound is dark and ambient but broken-up and lifted by moments of glitch and fuzzy, melodic guitars. both live and on record they use innovative production techniques to create a truly original sound. nedry started performing, producing and recording in summer 2008. in a little over a year they've made waves on the uk electronic music scene, sharing stages with the likes of pivot (warp), maps (mute), the gaslamp killer (brainfeeder) and daedelus (ninja tune). nedry have steadily gathered critical acclaim since they self-released their "sz ep", and support from the likes of q magazine and the times as well as airplay on a host of radio stations including xfm, resonance fm, bbc 6music and bbc radio 1 has assured them as one of the most exciting bands to emerge in 2009. bbc radio 1 dj and new music guru huw stephens in particular has championed the nedry sound, inviting them to the famous maida vale studios to record a live session for his show. on the eve of their autumn tour of japan, they signed a deal with uk based label monotreme records (65daysofstatic, jeniferever, barzin) who will be bringing their debut album, "condors" to a worldwide audience.
description from www.roughtrade.com