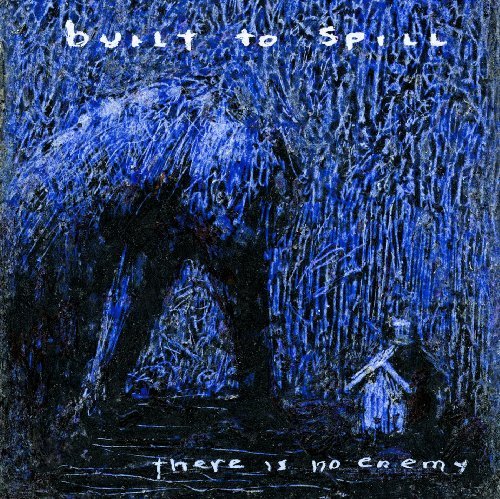 Built To Spill - There is No Enemy

There is something exorbitantly satisfying about enjoying what you might deem to be a comeback album, especially when it arrives from an established band that many thought were out of fresh ideas. »

three and a half years in the making, the efforts of writing and recording 'there is no enemy' led built to spill founder doug martsch to wonder whether this would be the last album he ever makes. song lyrics were labored over then thrown in the trash, guitar parts revised again and again (and again). a musician and artist like doug edits far more than he keeps. for over twenty years, doug martsch has been writing and recording music. built to spill members brett nelson (bass), scott plouf (drums), jim roth (guitar), and brett netson (guitar) have all been musicians for two decades. doug's strong aesthetic combines with the band members mix of approaches to create an aural topography. doug sets course and navigates. each member of built to spill comes to the music with a different set of expectations and ideals. with the complexity and variety of music they have created, built to spill endeavors to make songs interesting to themselves and their audience. they hope that the band will remain special and that people will discover the music for themselves. year after year, new fans show up. just like the band members, listeners come to the music with expectations and ideals. they make up their own ideas about the songs. when making the new record, doug literally lived in the studio. to be able to work all day and all night. to spend hours and hours laying down guitar tracks he realized he couldn't use since the first live takes had the best tone and feel. to undigitally remix the record. with so much work behind the band, the record is here. now comes the album's journey into the world. this venture built to spill does not map out. the record is yours to respond to.
description from www.roughtrade.com