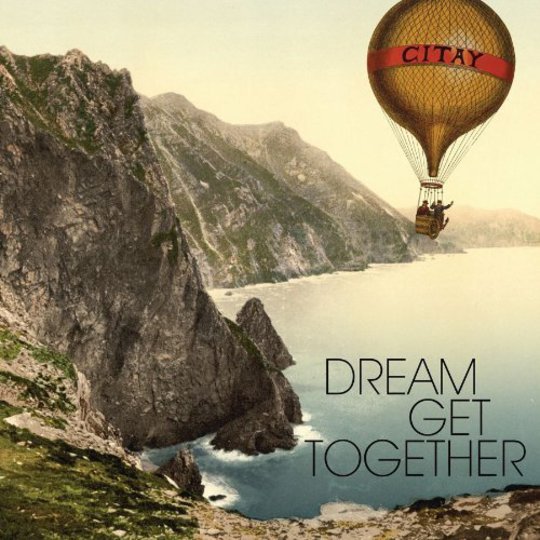 Everybody loves the sun, right? Everyone loves things shiny, and just so. Everyone likes light entertainment, toe-tapping tempo, sweet harmony vocals, and smooth, tapering guitar lines. Right? Right. It's why bands like the Eagles were big, why Hall and Oates were great. If you're cruising around on a sunny day, maybe it's a weekend, with the wind in your hair, nothing fits better than some seamlessly produced pop rock, ideally with a big breezy guitar solo in there somewhere. It doesn't have to mean all that much, it doesn't have to break your heart. Keep it light.

Citay, whose name makes my toes curl involuntarily whenever I type or speak it, play to this formula well. There is so much focus in Ezra Feinberg's band, so much technical proficiency, it's staggering. There's an instrumental jam halfway through called 'Secret Breakfast' that has more layers than anything I've heard in the last few years. Starting off with a simple shuffle beat, it quickly gathers multiple guitar lines, keys, and becomes polyrhythmic. In full flight it has an unrivaled depth of sound, floating off into space and taking the listener with it.

The opener, 'Careful With That Hat' starts off in the same minimal way, with a nice chugging riff, before going right to the heart of Classic Rock. It is both beautiful and terrifying, having everything perfect like that. We're deep in early Steely Dan territory, and the title track even has the decency to reference them: "Two hands out the window, two hands shifting gears, next thing you know we're gonna be reelin' in the years". Again, there's an excellent solo, double tracked ala The Dan. The Galaxie 500 cover, 'Tugboat' is another standout. It's fair to say it packs more of a punch than the original reverb soaked original, sprightly acoustics and a distorted outro combining to great effect.

As an album Dream Get Together is brilliantly considered, but can't be considered brilliant. This is because it lacks any sense of spontaneity; there's a definite feeling that every single note has been pored over to the point of mania. You don't often feel that there's a live band in the room, getting it together in perfect unison for the first time; instead it's difficult to envisage anything other than a producer telling a guitarist to play that lick again as a tech type fiddles around with Pro Tools in the background. The result is spotless achievement, a summer record buffed to a fine sheen. The downside is that it feels as though it's being delivered by robots controlled by AM radio. There are no sharp edges, and everything is a tad saccharine, vanilla and occasionally overloaded by instrumentation. It's nice, pretty sounding brain candy, sugar-coated technical ecstasy. But it sometimes leaves the listener wanting a bit more substance and a little less style.