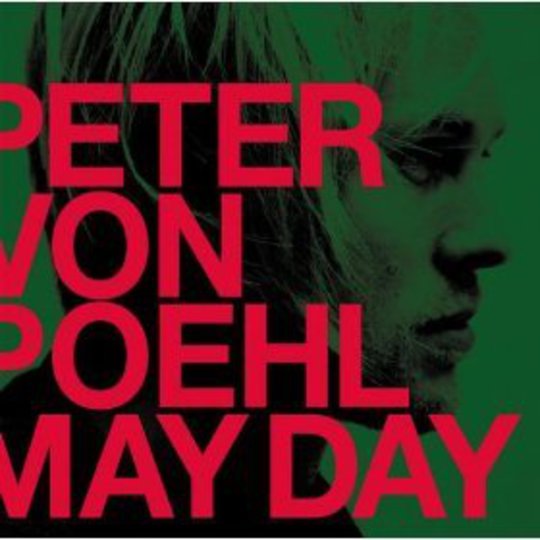 Oh dear, it seems I am destined to fly in the face of prevailing critical wisdom on this one. In front of me sits the press release for the new Peter von Poehl album May Day, complete with lots of fulsome praise for his previous effort, Going to Where the Tea Trees Are. The words from such august publications as MOJO and Observer Music Monthly talk of “delirious melodies” and “lush, layered pop-folk that repeatedly captures the essence of pastoral side of the Beatles” respectively. I like these publications, I like the label May Day is released on, but I can’t bring myself to like the actual record.

To a very limited extent, I can see where the superlatives are coming from. On a music geek level, it is interesting to pick out the range of instruments and techniques von Poehl commands, from baroque strings to folk to cerebral Scandinavian pop, but the downside is that the result is never something dynamic which grabs and demands you to listen again. When someone like Beck tosses such ingredients around it can feel magical; with Peter Von Poehl it feels quite ordinary.

Opening track ’28 Paradise’ has cellos stabbing in and out of the background, seemingly as punctuation for the central finger-picked guitar riff; and it’s interesting. You may well feel like going to the lengths of scratching your chin, even admiring the balance of all the different instruments on the track, but it's not the kind of interest that will lead you to throw down your headphones and tell the guy at the desk next to you at work about it. It’s interesting in a very academic sense of the word. The other problem is that Von Poehl’s voice at times sounds disturbingly similar to Phil Collins. May Day has some nice lyrical flourishes, one of them coming on ’28 Paradise’: “The sky falls down on the small claims court, but for that life’s just too short”, but it’s hard to appreciate them when you keep having flashbacks to the double-tracked master of evil, sitting in his tax-exiled lair warbling some guff about true colours.

‘Parliament’ and ‘Near the End of the World’ are considerably better; the former is funk of a much more delicate kind than the group that inspired its name, but funk nonetheless. A four-to-the-floor beat pushes along Rhodes and more of the ever-present strings, while the syncopated bass and horn breaks in the chorus offer a slight frisson the whole album is desperately lacking. The latter’s folky guitars are tempered with some more horns to enliven proceedings.

Elsewhere, the album slips back into being pretty yet dreary; dreary in the sense of not having a specific reason why you should actually care about what you are hearing. There are no killer hooks to step up and grab the attention, no strong vocals begging to be attempted in your morning shower. Instead there is the boring orchestral-rock of ‘Moonshot Falls’, the quirky yet aimless chamber pop of ‘Wombara’ and several variations of those two directions exhibited on the album’s remaining tracks.

To my mind, music should not be some delicate specimen to be placed in a cabinet and admired from behind the glass, it should be a pulsating monster that kicks you in the crotch and forces you to dance. It should be a miserable bastard that endorses your misanthropy or a beautiful melody that makes all the bad things inside fade away. It should be vital. May Day is a long way from that.