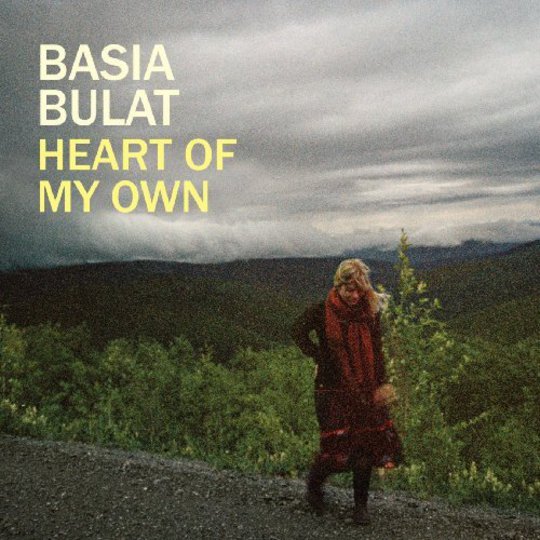 ‘Run’, the second track on A Heart of My Own, is wonderful; a waltzing procession of jangly guitars and see-saw string arpeggios which nail the stomach-churn and smile of difficult love. Male music fans of a certain disposition have a propensity to fall in love with female singers in the three-four minutes it takes for a perfect song to be sung, and for those who have had such an experience listening to Joanna Newsom or Scout Niblett, this track will elicit similar Technicolor daydreams. Rough Trade’s new discovery from Canada, Basia Bulat, shares the tumultuous reading of the heart and the baroque disposition of Newsom, but is tempered by the kitchen-sinkisms of folk. The drama that Bulat sees isn’t framed by surreal flights of fancy, it is happening everyday, wherever the people are. If there is a Canadian equivalent to the phrase ‘there’s nowt so queer as folk’, it’s a fair bet Basia Bulat believes it.

‘Run’ is the high-water mark in Bulat’s efforts to distil the extraordinary from the ordinary, the heartbreak-posturing of “If I ever found the cause of this sadness I know it would be, impossible to keep the vision against all of me” setting up the bold colours which lay beyond, and from there, we’re off. A brisk 1/4 time drags the listener around like an eager dance partner, never pausing or relenting, never putting a foot wrong. A Heart of My Own is at its best in these moments, when its vision of folk is allowed to sprout legs and just fucking run.

Another such moment comes with ‘Gold Rush’. Staccato strings crank up the tension, storing nervous energy which bursts in to banjos and a sweeping choral background from the first chorus onwards. Perhaps inevitably, the pace relents as the album wears on; the title track and ‘Sparrow’ are sparse arrangements with plaintive vocals set to acoustic guitar and banjo. ‘The Shore’ is similarly sober, with high and low-register mandolins propelling the track. It serves as a neat prologue to the album’s bleakest moment ‘Once More, For the Dollhouse’, which unarguably belongs in the category of songs which simultaneously soothe and reduce you to rubble. “One day when I’m older, will I find out where you’ve gone, we swore to no strangers, now they’ve clotted up our hearts” is a typically cheery lyric.

The tremulant quiver at the centre of Bulat’s vocal is well suited to such bruised celebrations of life and love. If you want an capsule quote of exactly how Bulat’s voice sounds, think of a cross between Gillian Welch and Sleater Kinney singer Corin Tucker. The marriage between such a strong, distinctive vocal and the earthy musical accompaniment is A Heart…’s great strength, but it is also the trait which may limit its appeal to non-folkies. There is no studio sheen or self-regarding awkwardness on this album to draw in the coffee table or advertising crowds. The closest this album comes to attracting such vanilla enthusiasts is with ‘Run’, and that’s not very close at all. A Heart… is not really a difficult album, it's just one which is crafted without compromise. It demands attention and time, in a way that seems out of place with a lot of records today, but entirely faithful to the rustic music and sentiments.

Folk can be a notoriously intransigent genre, and Basia Bulat probably occupies the less user friendly end of the spectrum, but for those who like an album which grows and reveals its treasures slowly, A Heart of My Own is gold.