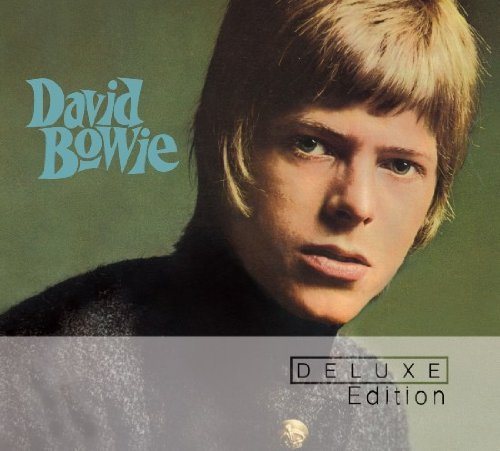 Often swept under the carpet by his fans, David Bowie's 1967 debut starts like a pastiche of music hall, but by the end shows the chameleonic Bowie so capable of assimilating his peers (the Stones, Donovan, etc.) it's only a mattter of time before he writes the defining anthems of the next decade.»

david bowie's 1967 debut album for decca finally receives the deluxe edition treatment. disc one features the original stereo and mono mixes of the album stunningly remastered by peter mew and tris penna at abbey road studios. this is the first time that the mono mix has been available in any format since the late '60s and is obviously the first time on cd. disc two features the singles, unreleased stereo mixes, the legendary unreleased single 'london bye ta-ta' and 5 previously unreleased tracks recorded for john peel's top gear programme in 1967. all in all, there are a total of 53 tracks over the two cds with 26 appearing on cd for the very first time!
sleeve notes by tris penna and kevin cann.
description from www.roughtrade.com