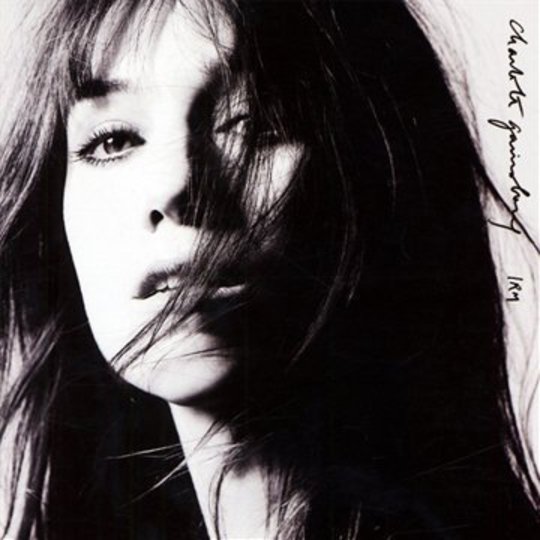 Okay, so imagine you’re Beck, armed with prodigious musical talent and some dubious beliefs regarding thetans. You’ve agreed to write, arrange and produce a new album for Charlotte Gainsbourg, primarily because you really loved those old records her dad put out. I mean, ‘Paper Tiger’ on Sea Change was basically your homage to Serge’s Histoire de Melody Nelson, right? So you sit down with her to ask her what she wants this album of hers to sound like and she plays you this video:

It ain’t her parents getting breathless on ‘Je t'aime... moi non plus’, and it certainly ain’t her in her pants, on her musical debut aged 12, singing to her dad about ‘Lemon Incest’. It turns out that what she really wants her new album to sound like is all of the hydrogen atoms in your body being magnetically aligned and aurally manipulated.

“I’ll never forget that sound,” she explains. After her last album, 5:55, came out in 2006 she was involved in a water-skiing accident that later turned out to have given her a brain haemorrhage. She required multiple MRI scans, and requested still more for further checks. For MRI, or IRM in French, to work there must be a shifting pattern of radio waves playing while the patient lies in a metal tube. “It was the sound of delirium,” Gainsbourg says, “but it’s the most intimate, revealing sound I could imagine.”

So how did Beck do? Well, the good news is that he’s succeeded in the task he was apparently set. The bad news is that this means he’s created an atmosphere for Gainsbourg’s detached vocals which is every bit as claustrophobic, unsteady and unsettling as lying in a metal tube and listening to hospital machinery whirr and drone.

“Drill my brain all full of holes”, she commands on ‘Master’s Hands’, the opening track that sets the uneasy mood. Gainsbourg delivers Beck’s words with the weight of someone who really did have their head drilled to treat their haemorrhage. ‘IRM’ is a companion piece, and does indeed build its music around the murmur of the MRI machine. Gainsbourg’s delivery is staccato and clearly autobiographical. “Tell me where the trauma lies.” “Can you see a memory?” She says that the longer she spent in the machines, the ‘trippier’ it got, and there’s an allusion to The Beatles’ ‘Glass Onion’ thrown in to the cerebral soup of surgical phrases. Musically, Beck is picking up where Modern Guilt, perhaps his darkest material, left off.

But just as MRI requires shifting radio frequencies to operate, Beck wouldn’t be Beck if he wasn’t segueing between sounds and genres. After the uncomfortable couplet that opens the album, choosing to cover Jean-Pierre Ferland’s ‘Le Chat du Café des Artistes’ is an inspired stroke. Laden with gorgeous strings, the mood evokes Charlotte’s dad Serge while actually being conducted by Beck’s dad, the composer David Campbell. Gainsbourg has said in the past that she prefers to sing in English to distance herself from her father’s work, but here, at least, French suits her.

The album continues to alternate between the anxious and the exuberant, and one can’t help but wonder whether this has anything to do with Gainsbourg going off to play the sexually violent lead in Lars Von Trier’s Antichrist in the middle of recording. For example, ‘In The End’ sets me on edge, while ‘Heaven Can Wait’ is wonderful. It bounces along on jangly percussion while Beck’s backing vocals weave themselves around Gainsbourg’s lead. ‘Me And Jane Doe’ has a lilting, nursery rhyme quality to it, but then ‘Trick Pony’ rocks out while Gainsbourg’s vocals remain resolutely disinterested. Likewise, ‘Greenwich Mean Time’ is stuttering and awkward while the bluesy ‘Dandelion’ features classic throwaway Beck-isms like “Dumb luck is the only luck I ever knew”. The bilingual angst of ‘La Collectionneuse’ closes the album with a real sense of time and circumstance pressing uncomfortably in.

IRM is an album that refuses to cast Gainsbourg as the chanteuse some would like to see her as, and her willingness to gamble with her persona and musical style is laudable. However, this risk-taking attitude results in an inconsistent jumble of ideas that ends up being much less of a peek inside what it is to be human than the title might suggest.