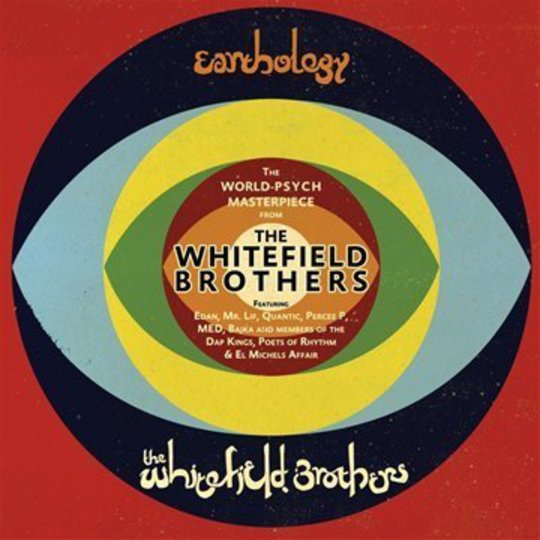 ‘Keeping it real’ means different things to different people. Indie bands tend to interpret it as avoiding questions about their public school education; you’re simply nobody in black metal without an album named in cod-Latin; and just try suggesting a rapper might be a ‘fake MC’ to see how touchy they get about the subject. If you’re Poets Of Rhythm however, it means recording long jams on analogue equipment and only releasing it on rarer-than-thou vinyl 45s, so that anyone who finds one thinks that you’re a forgotten Afro-funk group from the 1970s, instead of a bunch of white kids from Munich who first started putting tunes to wax in 1991.

But whether you regard the pursuit of such ‘authenticity’ as admirable or anal, it’s a tactic that’s certainly worked. Poets Of Rhythm ended up being signed to Quannum in the US after rapper and funk fetishist Lyrics Born happened upon one of their releases in a New Orleans record store and – presumably only slightly disappointed after his research revealed that this was a record made just a few years ago rather than an archaeological gem he could trump his trainspotter mates with – tracked them down. Whereupon he discovered that Poets Of Rhythm had been pulling the wool over people’s ears for years, with tonnes of records made under pretend names such as The Pan-Atlantics and Bus People Express all actually originating in the same Poets’ studio. Still, even with their cover blown, the Poets stuck to their principles, with their 2001 Quannum debut Discern / Define mining the same seam of rough funk, whilst continuing to release music under myriad pseudonyms such as The Whitefield Brothers on boutique imprints like Soul-Fire. The work of core Poets and siblings Jan and Max Whitefield, 2001’s debut album In The Raw attained the same cult status as all those ancient funk LPs that inspired it, not just for its ragged grooves but also because it went quickly out of print when Soul-Fire folded. Which was great for ‘keeping it real’ but less good for sales, until Now-Again – the funk archive arm of leftfield hip-hop imprint Stone’s Throw –re-released it last year, sparking a resurgence of interest which finally got The Whitefield Brothers to knuckle down and complete their 15 year-old Earthology project.

Earthology might have taken The Whitefield Brothers years to finish, but its influences hark back not just decades to funk’s 1970s American heyday, but centuries and places much further away than that: to traditional music from all four corners of the globe. The album still has In The Raw’s loose funk as its anchor, but drifting across it are Indonesian gamelan rhythms and Arabian scales as well as the more familiar Afrobeat influences. And in keeping with the same attention to detail they put into their Poets release, the chiming Asian percussion and Oriental flutes that make up ‘Alin’ aren’t samples or session players, but the product of travelling around the world mastering these instruments themselves. When you’re listening to the jubilant African jazz of ‘Sad Nile’ or ‘Pamukule’ it’s easy to believe that you’re sauntering through a Moroccan bazaar in time with the strolling basslines. In fact, the only time the modern world really intrudes is when Percee P and MED provide raps on ‘Reverse’ and Edan and Mr. Lif do the same on ‘The Gift’. Both of which seem extraneous; not that their performances are bad but because the rhymes feel sellotaped on, with ‘Reverse’ in particular only really coming alive when the MCs exit and the remainder of the track ambles through squiggly psychedelic synths and clattering gamelan beats.

From one angle Earthology could be regarded as indigestibly worthy and academic, and there are moments such as the bamboo-beating ‘Ntu’ which will definitely test the patience of the casual listener. Yet there’s still a funk of an admittedly spaced-out ilk at the album’s core, which often sounds like the tremors of ancient tribal rituals reawoken by men whose own gods are slabs of dusty black vinyl. Things that seem like relics of a long-lost civilisation themselves these days.