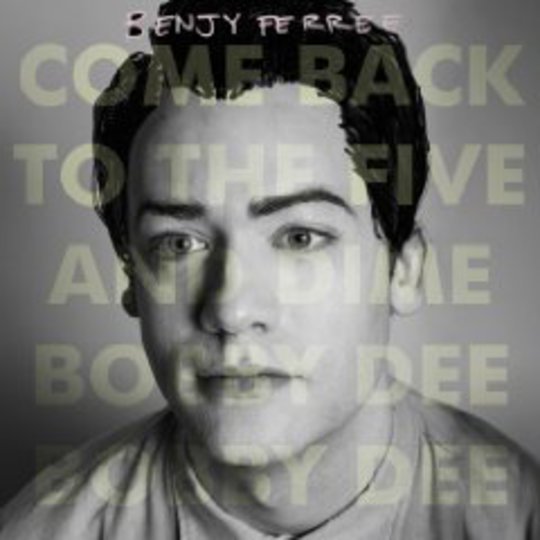 First a little background: the "Bobby Dee" of the title is Bobby Driscoll, a child star for Disney in the 40s and 50s. In that period he was the star of live-action movies such as Song of the South and Treasure Island, as well as providing the voice of Peter Pan for the 1953 animated film. However, not long after the theatrical release of that film, Driscoll's contract with Disney was terminated. The official reason (in what would be an unthinkable PR move nowadays) was given as a bad case of acne as Driscoll entered puberty. Work was hard to come by and by the mid-fifties Driscoll had entered a life-long battle with drugs. His last known film appearance was Dirt, an underground film produced by Andy Warhol in 1965. He died aged just 31, homeless and penniless in Manhattan and, unidentified by the Police, his parents didn't learn of his death until over a year and a half afterwards.

So, tragic stuff indeed, yet Come Back... is anything but an album-length lament for the forgotten child star. Musically, Benjy Ferree has his base in fuzzy blues rock, although he dabbles in '50s-style doo-wop and balladry and often flirts with Queen/Muse-style histrionics, with a playful mood maintained throughout. Appropriately, there's a certain degree of adventurousness for a concept album about the boy who played the boy who never grew up. Album opener 'Tired of Being Good' is fairly representative, with its muscular fuzz-basslines, buzzsaw blues guitar and Ferree's vocal delivery playfully menacing like Jack White at his most arch-of-eyebrow. The chorus, however, is flecked with minor chord melancholy. This is followed in stark contract by the soulful 50s-balladry of 'Fear', lush with strings, delicate piano and doo-wop harmonies, the one characteristic unifying with rest of the record being the fuzz-bass and Ferree's rich vocal talents.

It is in ballad territory that Ferree really distinguishes himself. The records' most sprawling song, 'Whirlpool of Love', arrives with a plangent classical piano progression awash in swirling synths. Vocal harmonies deliver the chorus line, "I promise to never regret again" in a manner extremely redolent of Muse, although this is unpredictably followed by a thumping staccato approximation of the intro to The Paris Sisters' 'I Love How You Love Me'. Even more impressive, however, is the similar, but superior, 'The Grips'. Ferree proves himself an technically gifted singer, although it is the emotion he displays when he sings lines like "The human race needs to know there is an ideal" that really strike a chord. The beauty is enhanced by a keening slide-guitar solo and the way in which the song's end seems imminent only for it to lurch its way into another sing-along chorus. The intentionally tinny production of the country-by-way-of-baroque-pop album closer 'Zipperface Blues' is another highlight but, while tracks like 'Blown Out (Gold Doubloons and Pcs of 8)' boast catchy melodies and intriguing compositional quirks, there are a couple too many bar-room blues-rockers like 'I Get No Love', which aren't a million miles away from contrived riffage of The Fratellis.

Another disappointment is the difficulty in actually drawing a line from the music to the story of Bobby Driscoll. It's a relief that Ferree hasn't concocted an album-length elegy for Driscoll because that would no doubt have been a painstakingly earnest listen but too often the music fails to convey the sense of tragedy in the way Driscoll was spat out by Hollywood and never recovered. This is in part attributable to the playful tone of much of the music, but the main reason is due to the, at times seemingly scattershot, approach Ferree has taken to integrating the story into his music. Driscoll's story, and what Ferree is trying to say about it, is never entirely clear. There are references to Driscoll's own life in 'Blown Out' ("If I could keep up with appearances/Running all over the silver screen/I was blown out at a ripe old age/When I turned seventeen") , to Peter Pan in 'Big Business' ("...she'll be my woman, she'll be my bride, mermaids are just fantasy") and Treasure Island in 'Blown Out', but ultimately they fail to add to a bigger picture or a clearer overarching statement.

So, ultimately it is never clear whether we are seeing into the soul of the album's creator or of its subject, and although one never totally overshadows the other, disappointingly the listener is left feeling like they don't know very much about either. While it would be hasty to suggest disregarding the main conceptual focus, the truth is that Come Back to the Five and Dime, Bobby Dee, Bobby Dee's virtues lie in Ferree's considerable talents as a singer and songwriter, and not as a testament to a forgotten star or as a treatise on youth, fame and loneliness.