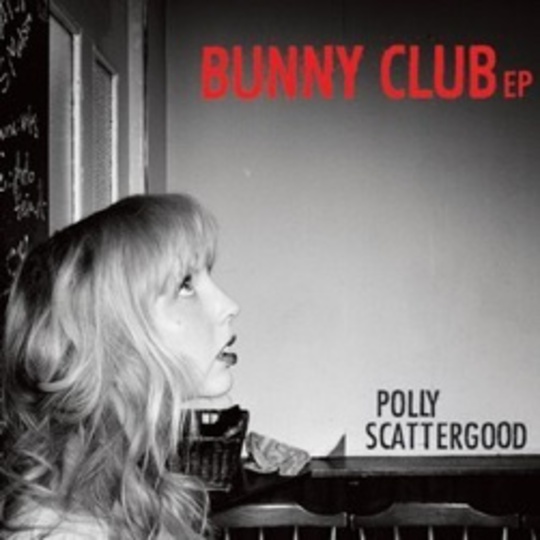 How many whimsical electro-folk chanteuses does it take to change a musical landscape? One tempting answer is 'probably fewer than we’ve seen emerge in recent years', but then again, an embarrassment of riches was never a particularly upsetting problem. Genre fans may find themselves having to bulk-order more Ikea shelving as the Noughties bleep coquettishly to a close, but there always seems to be just enough room for the next emergent heroine of quirk: sweeping generalisation it may be (and is), but the quality of this country’s female-masterminded homebrew scene does appear to have been stuck on an alarmingly protracted high for some time now.

Essex-born doyenne-in-waiting Polly Scattergood has certainly put in the legwork over the last couple of years, maintaining a hummingbird-like presence on the usual social networking suspects as she tirelessly tweets, vlogs and Audioboos her nascent alt.pop career and its faintly unsettling air of inevitability. In fact, the Bunny Club EP is presumably the least labour-intensive thing she’s put her name to so far, simply because it’s actually a fistful of remixes and demos from last March’s self-titled label debut. (She doubtless took the portrait snap on the cover herself though, or made all the jewel cases out of old cereal boxes. Something along those lines.)

As one of Scattergood’s recent blogs confessed, the reason for Andy Chatterley and Nerina Pallot’s re-jigging of the title track here was to ‘make it sound more like a single’. It’s worked: their washes of spacey cymbals and digital glitter conspire to oil up a darkly twisted vignette of grimy glamour in the capital (“Searching for my saviour at the bottom of a packet of tobacco / But with me they take one look and they run / I’ve got a dog and a gun, and I’m living in London now”), resulting in a much more mellifluous four-minute lullaby than the original offered.

‘Unforgiving Arms’ also gets the ‘single mix’ treatment, although it remains a more stubbornly plodding ditty, packing few surprises beyond a sinister spoken intro about weather girls and licking up crumbs. Still, a rubbery sine wave motif gives it some much-needed strut in the pre-chorus, and just about keeps the engine running for the duration.

Much more rewarding, though, is an Analogue Suicide reworking of live favourite ‘Nitrogen Pink’, delivered by highly vocal Scattergood fan Tara Busch. Where the album version’s eccentric combination of fizz and falsetto provoke Kate Bush comparisons before anything else, Busch-with-a-c rips every ounce of puppy fat from its bones and instead grafts on a faintly monstrous layer of scales, feathers and armour in its place. Suddenly, we’re veering giddily over Björk territory, and becoming aware of a previously hidden string to Scattergood’s DIY sticks-and-twine bow.

‘Please Don’t Touch’ and ‘Nitrogen Pink’ (again) each make a stripped-down acoustic appearance to wrap things up; each does an endearing job of showcasing the author’s tremulously intimate imperfections, but they’re more effective as palate-cleansers after the sensual smorgasbord of that stand-out Analogue Suicide centrepiece than anything else.

Being something of a placeholder release was always going to be an accusation you could level at the Bunny Club EP: it's a reasonably lightweight package by any standards, but in Scattergood’s defence, it doesn’t really feel as though it’s intended to be much more than that. Scattergood is still an artist finding her feet, winning fans through a well-judged combination of hard graft and zeitgeist-happy accessibility, and she remains one to watch as this most capricious of musical decades makes way for double figures. On this evidence, Polly’s already more than willing to mess with her own formula, and that promises some real intrigue for the future.