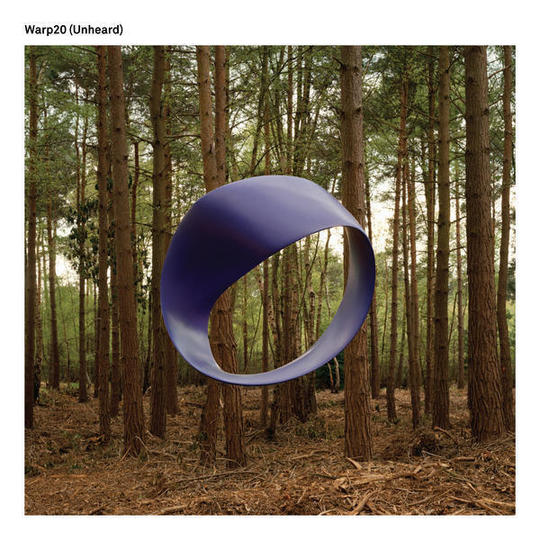 Back in Sheffield it’s 1989 and Warp(ed) records is open for business. Have you heard? Even if you haven’t this is a comprehensive introduction to the label's 20 year history, showing off the full scope of electronicness they offer. Ok so this compilation has been out already, but only on 10” as part of the £100 Warp20 (Boxset). This is therefore a welcome release for poor people and non vinyl collectors alike, and worth the wait. Every track here is taken from the vaults of Warp, so for ardent admirers this is essential. You say you’re not so obsessive about Warp? Then what’s in it for you?

Imagined worlds, parallel universes and alternate realities. Ok that’s one step too far, perhaps. But really this is a label that has constantly sought to push the boundaries of electronic music out as far as they go within technological constraints. And the result is a machine produced art form that describes and imbues something from somewhere that didn’t exist before. This kind of music is a synesthete’s dream and it can be yours as well if you put on your best headphones, mmm yes headphones are a good idea, close your eyes and press play.

This collection of audacious audio experiments inaugurates with Boards of Canada’s utopian dreamin’ ‘Seven Forty Seven’, enough to launch the listener onto an autonomous astronaut’s flight path in preparation for the onslaught of subsequent tracks. There are two artists that appear twice on this compilation: Plaid with their pulsating techno constructs ‘Dett’ and ‘Sam Lac Run’, and by contrast, Nightmares On Wax with their breed of ravey trip hop funk ‘Mega Donutz Dub’ and 'Biofeedback Dub’, which do perhaps sound somewhat dated. But it’s no great matter as there is technological trickster Autectre with ‘Oval Moon (IBC mix)’, the ghostly stutterings of Clark’s ‘Rattlesnake’ and contemporary dubstepping Flying Lotus with ‘Tronix’. The album begins its farewell with it’s only vocal track, ‘Sixty Four’ by Broadcast, ending on Bauhaus inspired Seefeel with ‘As Link’. Indeed the fact that Bauhaus can appear in the same sentence as Warp records in Dom Gourlay’s piece is testament to the cultural reference point status that this label has achieved, something that music before and after it can and will be compared to. This (Unheard) collection then is just a big toe dip in the ocean that outlines the scope of the immense realm the Warp project charters.