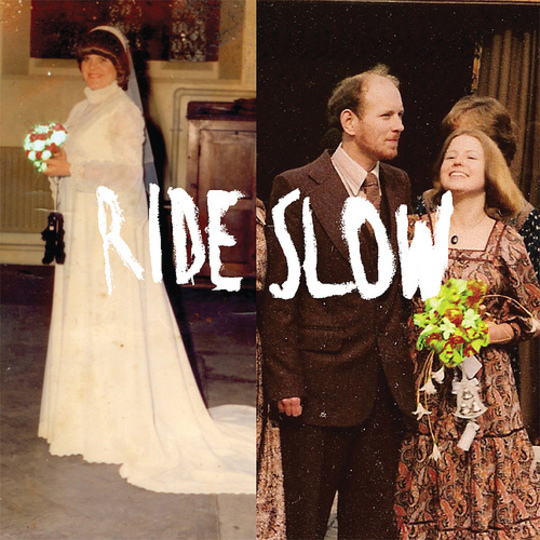 I’ve always thought there’s something beautiful about listening to music around October and November. Everything begins to close off, shut down. In summer, it’s all hanging out, skin and human flesh on display, heat filling every inch of the street by osmosis. But by winter everything is hidden, people shy away from the street, daylight retreats back to Australia, where it belongs. And so the world is left back to you again – when overt meaning and emotion begins to retreat behind a tidal wave of scarves and bobble hats, you start to write your own stories over the world.

Gentle Friendly are a two piece – David and Daniel - from Peckham, South London. Ride Slow is their debut album, a furious blend of sounds and influences, which apes the grand styles of their forbearers whilst staying true to an admirably lo-fi aesthetic. Intro-track ‘No Infinity On’ has a frantic Four Tet glitchy riff, leading into ‘Rip Static’, blending Kraut-rock rhythm with Why?-esque chanted words and mantras. ‘Lovers Rock’ is similarly droney and bleepy, with a dreamy vocal hook floating over the top (“put your house in order…”). Elsewhere, the band sound like a craft or thrift shop version of Animal Collective – see the echoic, vowel-heavy vocals of ‘Shrines and Shit’. It’s during these melodic moments that the group really shine, little shafts of light piercing through the thick, layered synth sounds and loops.

On the whole the group balance these brighter inclinations with their darker side (the creepy, sci-fi tale ‘Vincent T’) well; yet the album starts to drag a little towards its conclusion, King Jammy homage ‘Slengteng’ and ‘Illuminate His Face’ sounding more sludgy than slight. Still, there’s an impressive vision about the record, sonically varied and interesting, without ever sounding overbearing or pretentious. David’s indistinct, hazy vocals sit well with a winter’s bus journey through the city - Ride Slow captures the sad industrialism of London settling down to the cold months, starting its hibernation. Still, stay on the bus a little longer and you realise there’s a world beyond your neighbourhood, your borough. The bus will go on into town. From there you can go anywhere. You feel that once Gentle Friendly widen their horizons a little, there are many more places they could go – you can never suffer from setting your sights too high. Nevertheless, this is one of the year’s more impressive debut albums. Winter or otherwise.