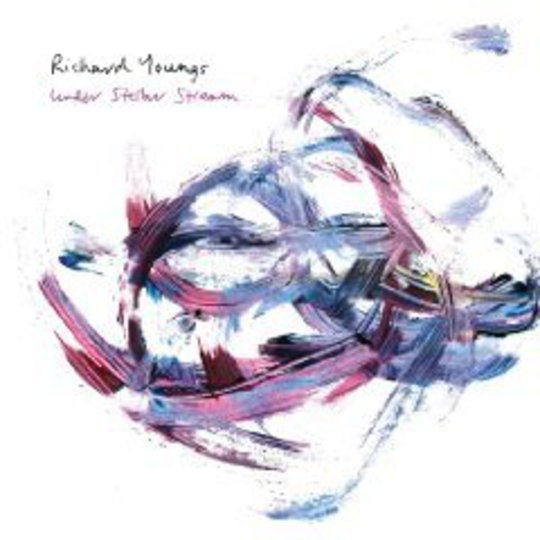 In the past, Richard Youngs has done lilting, perfect, folk melodies extended over 10 minutes, with sublimely expressive wordless singing, but it’s a surprise to see how minimal he’s made the music, for his latest record on Jagjaguwar. Over the six tracks, generally running to about six minutes apiece, Youngs accompanies his simple chants with sparse piano lines, and what sound like singing bowls, bells, and bowed cymbals. That said, most of these instruments are no louder than distant birdsong, while the 'real' accompaniment is an almost subliminal bass-line or two-chord organ part that hovers about the room, wraith-like (the clue’s in the click of the foot-pedal). The visual impression is of a fog-shrouded moor, with a few twisted details of trees, a fence, an inksplash of wings, lone rocks that turn into foraging hares. For an album so remote, though, there’s a curious lightness, tranquillity, even beauty. (For an album so hook-free, it’s curious how compelling it is, nagging at your memory; refrains like “ma’ mind is in garlands / ma’ mind and the re-tracing…” literally haunting.)

True, Youngs’ style is a very niche derivation (or updating) of British folk music at its oldest and most shamanic, but several of these solemnly intoned, and craggily accented songs might remind you of traditional walking blues (i.e. the roots of songs like ‘A Hard Rain’s A-Gonna Fall’). ‘Cluster to a Star’ is one of the best in this vein:

In other cases, repetition is an actual theme, rather than just a formal device, mimicking the steps on the journey:

Unusually, this is the one song that gathers intensity and urgency as the lyrics are repeated from the beginning. Coming after the aubade (greeting the dawn), the questing song, the resurrection song (‘Arise Arise’), this one works its magic by taking you to the fundamentals of all being. All is movement, and all is eternal, it seems to say, in spite of the lines being delivered as infinitesimally different shades of grey. In other words, it’s not music for casual listening, by any means - for a start, the ambient noise of the city kills it - but as a meditative, nocturnal experience, it’s absolutely captivating; up there with the solo album from Mark Hollis (of Talk Talk), Supersilent # 5 & 6, or the Get on Jolly EP by Bonny Billy & Mick Turner.

For Youngs himself, this is a bold move, but it’s not entirely unprecedented. A few years back, he was chosen as a collaborator for the first ever live appearance of Jandek, and if that doesn’t mean much to you, then this may not be your thing anyway, but for those in the know, it marks out Youngs as a superb improviser of music as powerful as it is dark and dissonant. In fact, Under Stellar Stream most closely resembles the third Jandek live album, Glasgow Monday: The Cell (2006), regarded by many as among the very best of his 50+ records, for its own cryptic narrative of questing, initiation and metamorphosis. This, likewise, isn't for every occasion – and perhaps not for everyone – but for those who do chance it, an immensely rewarding work that feels like much more than music.