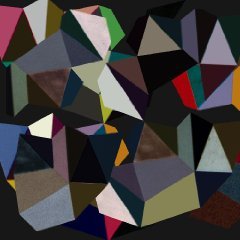 Isla is nothing revolutionary. That’s not to say that its originality is completely lost, but perhaps a touch more adventure and earnest into the mix would change the Portico Quartet's breeze into something much more powerful. »

rough trade exclusive with a bonus 4 track cdep featuring exclusive tracks and alternate takes. from a grassroots start in 2005, busking on london's south bank, their reputation spread swiftly. their 2007 debut, 'knee deep in the north sea' (babel / vortex), attracted attention from djs, bloggers and critics, and was nominated for the 2008 mercury music prize. the new album, 'isla', is a thoughtful and richly tuneful collection of nine pieces recorded by producer john leckie (stone roses, doves, xtc, radiohead) at the abbey road studios. sounding like nobody else in jazz, world or contemporary music. each of the nine tracks on isla has a distinct mood and atmosphere, thanks to the use of the hang, a tuned percussion instrument, they have a sound that is instantly attractive, yet uncompromisingly individual.
description from www.roughtrade.com