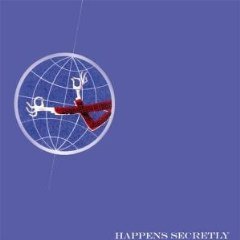 You're all familiar with Iceland's musical exports now, especially with this here site championing damn near every inch of musical»

kippi kaninus is the alter ego of gudmundur vignir karlsson from reykjavik, iceland.
he creates subtle multilayered electronica with melodic evolutions, microbeats, sampled instruments and manipulated sound. he is the newest signing to brainlove records. kippi started small, with a self-released album in the year 2000. he made only fifty copies, and sold them at his local record shop in reykjavik. but as is often the way, from humble beginnings came great things. the follow-up, 'huggin', was released throughout europe and america, culminating in a tour of the us with fellow icelanders mm, and kippi never looked back. he has since worked on a variety of projects with many of iceland's most well-known musicians - be it providing electronic textures for the string quartet amiina, creating percussive experimental music with former sugarcubes drummer sigtryggur baldursson, or singing in a choir with sigur ros and bjork.
description from www.roughtrade.com