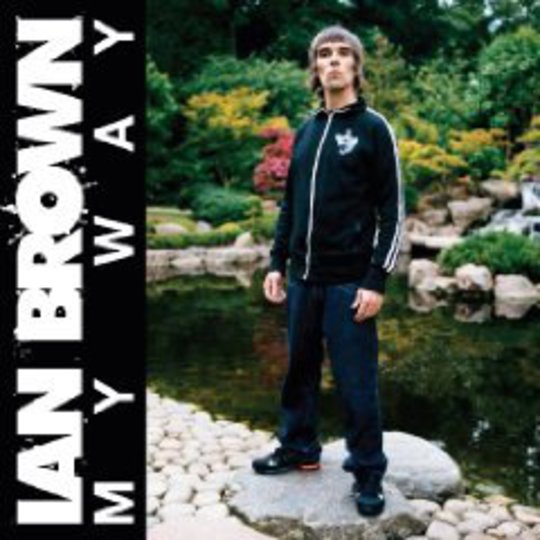 Just over four weeks ago, while waiting for a friend at this year's Leeds Festival, a caterwauling sound disorientated me and many others. It was the sound of Ian Brown tunelessly ripping 'Fools Gold' and the memory of The Stone Roses in two like some drunken karaoke singer on a Sunday lunchtime. Or maybe it was just another aspect of a calculated dismissal of his past, because if My Way - his sixth album to date - is anything to go by, Brown still has so much more to offer.

Although talk of reformations have reverberated around many a press room and festival field this summer, Brown's discerning voice has dismissed those rumours as little more than nostalgic speculation. Instead, all his energies and efforts have been directed into creating what is certainly his most vibrant collection of songs since 2001's Music Of The Spheres. In some ways My Way is eye-opening both sonically and lyrically in a similar manner to the way first album Unfinished Monkey Business stuck two fingers up at those detractors still smarting from that fateful Reading show some 13 years ago.

Its also quite noticeable that My Way sees Brown penning two of his most vitriolic rants against his former friend and colleague John Squire since 'Deep Pile Dreams' back in 1998, both 'For The Glory' and 'So High' depicting his viewpoint on the band that made his name ("I didn't do it for the glory...") and a certain individual's reasons for wanting to turn the clock back ("bye bye to all you mercenaries...") with menacing abandon.

That's not to say that My Way is just a vehicle for Brown to pour out his true feelings about reunions. In fact his studious, observationally witty lyrical asides set to a succession of forward-thinking beats actually demonstrates a talent many though had long deserted him, particularly in light of 2007's disappointingly patchy The World Is Yours.

'Marathon Man' and 'Stellify' both exemplify a sense of self-affirmation and nocturnal wisdom that relegate those vocal faux pas to the amnesia bank. Likewise his cover of Zager & Evans' 1967 hit 'In The Year 2525' actually makes sense in the context of the rest of My Way, not exactly veering too far from the original's bleak psychedelia, yet sounding prophetic in a cautionary way, Brown's vocal at its most challengingly simplistic throughout.

Of course My Way isn't perfect in every sense, and over the course of twelve pieces the over-sentimentalism of songs like 'Crowning Of The Poor' coupled with Brown's mono-syllabic drawl can be a little draining. Nevertheless, this is a surprisingly engaging record that highlights Ian Brown as an underrated songwriter and arranger, and underscores the point that while his enthusiasm for creativity is as infectious as ever, Spike Island and its ilk are unlikely to be revisited in the forseeable future.