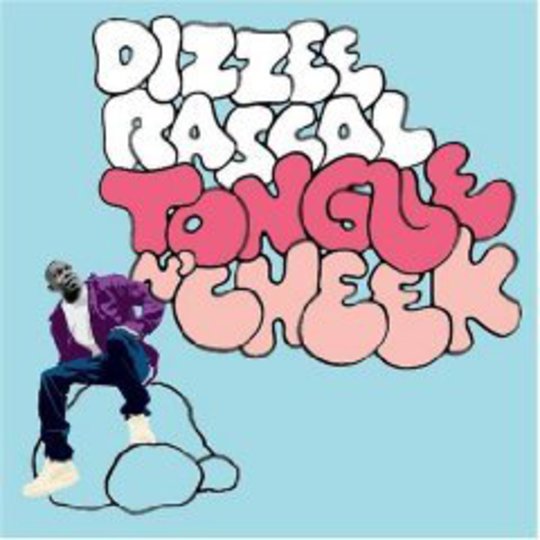 Hands up who has ever wondered what Dizzee Rascal’s penis looks like? If you had to say do you think it looks more like a banana or a didgeridoo? The answer is apparently both. Tongue ‘N’ Cheek takes great pleasure in telling everyone who hasn’t sampled a night of pleasure at chez Rascal (about two per cent of the female world, his rhymes would suggest) just what it’s like in graphic detail.

Much has been made about how Tongue ‘N’ Cheek is Dizzee Rascal’s ‘pop’ album and that he’s seizing an opportunity to get number one singles and sell out arenas. On the strength of this record that will most certainly happen, but the idea that it’s a pre-determined idea for a lowly grime star to steal a piece of the pop pie seems outlandish when you listen to the lyrical content of the record. This isn’t Dizz’s pop music album, it’s his popstar album. Dizzee has clearly been living the high life for years and the tales of girls, fast cars and money on display here drip like champagne off a naked thigh. Take ‘Freaky Freaky'. It’s basically what happens after he ditches Calvin Harris and leaves the club from ‘Dance Wiv Me’, going on to list the names and locations of all the girls Dizzee has flexed for real. “Just like Shana, didn’t give me no drama, after the show she was on my banana, after my seeds like a farmer.” He raps before going on with “Ask Angie gosh she familiar, got out my dick at the back of the cinema, Jamie Foxx you know the Kingdom one, she blew me till’ my kingdom come”. The latter is actually quite funny but the whole song is essentially Russell Brand covering Lou Bega’s 'Mambo Number Five'. Not much better is the Wacky Races meets Grand Theft Auto aggression of ‘Road Rage’. Placing Dizzee behind the wheel it extols the virtues of how much he speed he can gather and how due to being ‘minted’ and the fact his windows are ‘tinted’ he is above all law enforcement. This is all good in a Too Fast Too Vin Diesel way until Dizzee states “Couldn’t give a fuck about a junction, couldn’t care less about a red light’s function” which kinda makes him sound like Driving School struggler Maureen Rees.

There are brilliant moments of humour though where Dizzee (you hope) realises how bonkers his life is. Like on ‘Money, Money’ when he says “I’ve got an attitude like a smelly shoe, if I lay my trainers out I bet the stretch to Timbuktu, Got so many fitted hats I don’t know what the fuck to do.”

Despite the crass sexism and the peacock displays of masculinity there is a cheekiness to Dizzee that keeps things well shy of disaster. You will already know the singles (who doesn't want to go on ‘Holiday’ with this man?) but they could all be dwarfed by the genius sampling on ‘Dirtee Cash’, a song that is only slightly less of a sure fire number one than this year's X-Factor winner. The fact that seven years after his Mercury winning debut album you can genuinely put Dizzee alongside Simon Cowell’s latest cash cow is testament to how far young Dylan Mills (Still only 24) has come. Tongue ‘N’ Cheek is a vacuous but fun party record, one that suspension of disbelief aids immeasurably. When he says on ‘Bad Behaviour’ “I’m just looking for love” you know he’s revealing a hidden truth. He might correct it with “I mean looking for women thrilling and willing to get in the tub” but we all know he’s still just a Rascal.