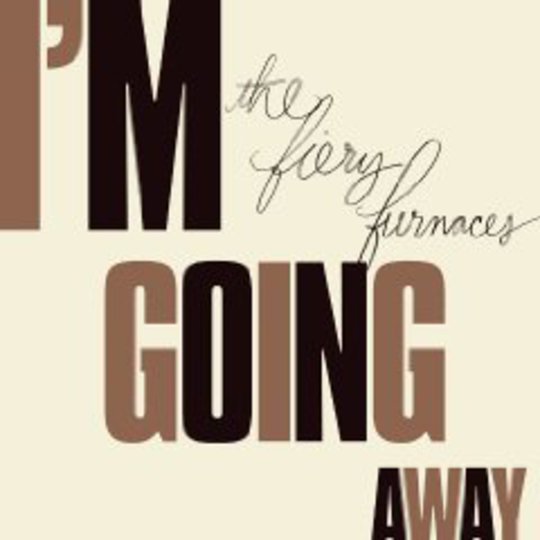 The Friedberger siblings would like you to know they are an experimental rock band. Barely a few weeks passes without a press release from the Fiery Furnaces camp announcing a new and typically oddball release or idea. Recently it was declared that the duo were working on an entirely silent album, with written instructions and musical notation so you – the fan – can fill in the blanks. It sounds a bit like a musical version of Ikea, and this combination of DIY and music ties in neatly with the band's current penchant for dadrock.

Listening to the gorgeous ‘Drive to Dallas’, it’s hard to believe that this is the same group that was behind 2004’s demented Blueberry Boat. The song has emotional heft, a connection that is so often missing from the band’s work and when Eleanor Friedberger sings "We certainly had unfinished business but it’s finished now" and the song explodes into sped up guitar circuitry, it almost inspires a fist pump, the staple hand gesture of the Seventies rock that the duo ape so heavily on I’m Going Away.

But despite the apparent emotional weight and accessibility, the music often misses the element of surprise that the Friedberger’s so brilliantly showcased on Rehearsing My Choir and Blueberry Boat, where the band revelled in progressive, winding structures and - on the latter - demented electronic flourishes. Given the band's tendency for surprise you could be forgiven for waiting for the rug to be whipped out and the facade of staid Seventies rock to crash down amidst atonal guitars, lavish timings and coded story lines, but the twist never comes.

Gone too are the signature pretzel-shaped rhyme schemes and recurring motifs that made previous albums so rewarding. And the real weakness of I'm Going Away lies within - while the pop structures often work and find the band delivering some killer hooks, there is no sign of the narrative and depth that was previously the band’s strongest suit. Eleanor Friedberger’s singular delivery is wasted on the band’s weakest set of lyrics so far, and instead of her usual word-stuffing and acrobatic mid-line shifts she is reduced to spending almost 20 seconds of ‘Lost at Sea’ crooning that "Baby I’m/Maybe I’m not me" - a believable line at least in that she retains less of the vocal inflections that made her such a striking vocalist when the band emerged.

Seventies television themes have been cited as an influence for the album, and on ‘The End Is Near’ the band delivers a keyboard melody that wouldn’t sound out of place as an alternative Grange Hill theme tune. It’s unintentional (one assumes) but it sends this listener off into a world of imaginary internet memes where typical Fiery Furnaces lyrics are punctuated with the last few seconds of the Grange Hill theme. Not the intended effect but somewhat pleasing nonetheless.

Despite the lack of depth and virtuosic creativity we have come to expect from The Fiery Furnaces there is still a decent album lurking beneath - it’s certainly the band at their most accessible, and it could win them a lot of new fans. There is a missed trick in what the band could have achieved if they had straddled this accessibility with the uniqueness and spirit of their previous work – something they actually achieved once before, on 2005’s superb EP, which found the band ripping out Blueberry Boat’s still beating heart and transplanting it onto pop structures. The band have hardly been better than on that EP’s opening three song suite and that’s what is so frustrating about I’m Going Away; it’s not a bad album, but the band are capable of so much more; the title of the album is at least apt in that the Friedberger’s don’t sound like they are here for this record, it sounds like they already left and phoned this one in.