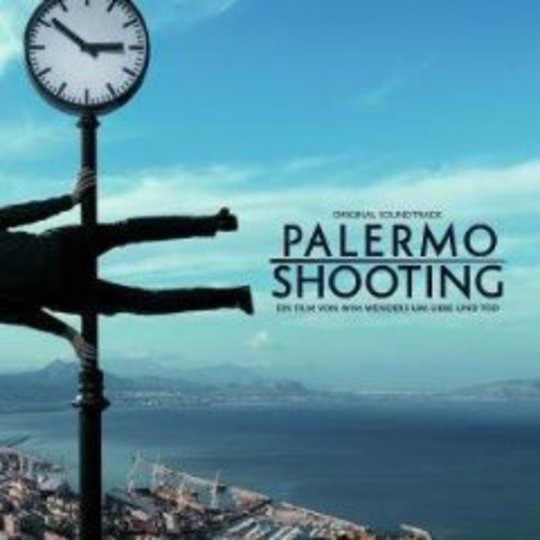 “Most of the times you would not think about the soundtrack before shooting a movie. You already have enough on your mind anyways: finding the right motives, casting the actors, setting the budget and shooting schedule and then sticking to it. So why wrack one’s brains with tomorrow’s problems?”

This album is the product of Wim Wenders wracking his brains with tomorrow’s problems, both in the prosaic sense that he is alluding to here - in that he selected the music for it before Palermo Shooting even had a script - but also more fundamentally, in that the theme that binds these songs is a confrontation with that most forbidding yet constant of tomorrow’s problems, the inevitability of one’s own death.

In the film, death is personified as Frank (Dennis Hopper in a hoodie), while the lead character Finn (Campino from German punks Die Toten Hosen) wanders around the Italian town of Palermo taking photographs and listening to these songs on his iPod, making this album Wim Wenders’ existentialist On The Go playlist. Despite the preoccupation with death, the music errs on the contemplative side, rather than raging against the dying of the light, and occasionally strays too close to the middle of the road, but as a collection of music it is a gift which balances old and new, familiar and unfamiliar, and bears, indeed demands, repeated consumption.

Wenders already has considerable form when it comes to soundtracks, of course. His work with Ry Cooder gave us Buena Vista Social Club and the gorgeously desolate Paris, Texas score, although unfortunately he has also worked repeatedly and unashamedly with U2. Thankfully, on this album they grace us with their absence, although bizarrely they seem to be haunting Grinderman’s ‘Dream (Song for Finn)’, which lifts its melody and phrasing straight from ‘One’. The second track they contribute, ‘Song for Frank’, is a much more promising harbinger of future Grinderman releases. It’s full of anxiously wired neurosis, as Warren Ellis cranks up the paranoia and Cave breathes mortality into your ear. “Everybody gotta go someday.”

As well as Hopper’s Death incarnate, Finn must also contend with a visit from the ghostly apparition of Lou Reed. Reed is a hero to Wenders, who has said in the past "my life was saved by rock'n'roll. Because it was this kind of music that, for the very first time in my life, gave me a feeling of identity, the feeling that I had a right to enjoy, to imagine, and to do something. Had it not been for rock'n'roll, I might be a lawyer now.” Reed exerts a similar influence over this album, in the form of The Velvet Underground’s ‘Some Kinda Love’. The Velvets are the stylistic heart of this collection, the touchstone around which everything else gathers in concentric circles. Portishead’s ‘The Rip’, for example, sees Beth Gibbons - who Wenders calls "simply my favorite singer in all of contemporary music" - drawing Nico blinking into the new millennium.

Throughout his career Wenders has consistently addressed himself to the impact of American culture on European art and ideas, so it is no surprise that this album delights in juxtaposing artists from either side of the Atlantic. Here Sibylle Baier, sounding like Leonard Cohen would if he had been born a German woman, gives us the melancholic ‘Let Us Know’, while Will Oldham and Matt Sweeney contribute the gloriously strung-out country blues of ‘Torn And Brayed’, which owes more than just its title to Exile on Main St. -era Stones. It perhaps underlines what Wenders calls the 'Americanisation' (or should that be 'Americanization'?) of Europe that many of the German artists, like Get Well Soon’s Konstantin Gropper and Tobias Kuhn, sing in English and sound like Americans, while ironically it is Beirut’s ‘Postcards From Italy’ which, aside from the brooding score by Can’s Irmin Schmidt, has the most typically European sound.

The album contains many examples of this reciprocity of influence between ‘Old Europe’ and ‘Young America’, yet each repeated listen to this collection brings a different theme, indeed a different song, to the foreground. Sometimes the artists and their musical heritage seem wildly divergent, while at other times they neatly converge. Their content, the human condition, is universal, but in form there seems to be something ineffable lost in translation so that even though most songs have settled on English as a common ground, they can still appear to be speaking in entirely different tongues. Wenders would perhaps ruefully agree with Oscar Wilde’s assertion, in 1887, that: "We have really everything in common with America nowadays except, of course, language".