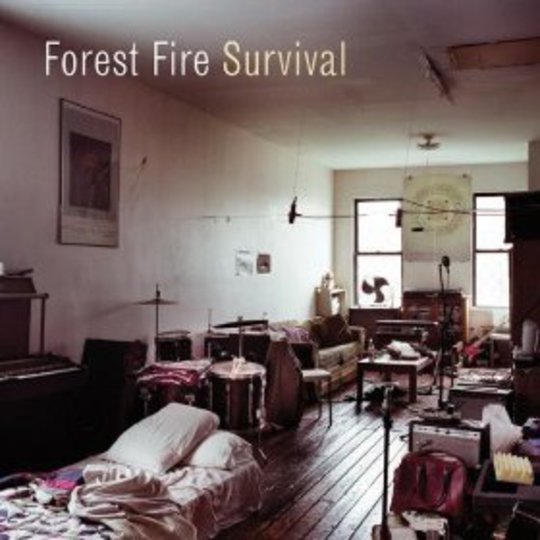 To take a detour around its use in classical music entirely, the violin, whilst a standard in folk circles, amongst the indie community (and especially, it seems, in the US and Canada), has undergone something of a revival in recent years. For a violin enthusiast that’s no bad thing; it is a powerful instrument. The range of tones and moods it can emit acoustically without the need for any use of digital trickery or clever modification is quite staggering. To reel off a quick list off the top of my head: the lilting tones and staccato tomfoolery of Final Fantasy, Warren Ellis’ incredibly distinctive dusty screech, earthy folksiness from Anni Rossi (okay, so that one’s a viola, but for the purposes of argument I’m going to use it anyway), and that’s not even scratching the surface of the Montreal collectives, Constellation, Broken Social Scene and their offshoots.

Having written out this list and drawn some fairly disingenuous (and not entirely appropriate) comparisons, I’ll now distance the subject of this review by stating that there is very little violin overtly present on Forest Fire’s latest long-player, Survival. However – and here’s the curious part – its sonic hallmark is somehow still scrawled indelibly across its entire length, seeping into each of the nine songs here to varying degrees of effect. This is in part due to the unashamedly lo-fi recording, built upon successive layers of recorded instrumentation. The resulting hum and fizz of multiple simultaneous guitars rises, drones and recedes through each song like John Cale’s wracked viola on the early Velvets albums. It’s this aspect that immediately snatches the attention, allowing Mark Thresher’s hoarse vocals to wrap themselves around you and sink in over repeated listens, and this aspect that draws immediate mental parallels with Constellation’s purveyors of folk-infused protest songsmithery A Silver Mt. Zion.

Which is not to overplay any resemblance; whilst that Canadian group’s music is cinematic in its scope and grandeur, the work of Forest Fire is closer, more intimate. The same dry, desolate atmosphere pervades through both artists’ work but where Efrim Menuck’s anguish is wrapped up in political and social conscience, Thresher’s ire is closer to home, no less felt but more overtly personal. These are songs of the most universal of human themes - of sex and death, of triumph and frustration, of joy and of fury – deconstructed and expressed in the most understated of fashions. The distant rattle and grind of guitar feedback that floats almost imperceptibly in the background of ‘Steer Me’ elevates what is ostensibly a simple strummed folk song to something far grander. Similarly, the whimsical slide guitar of ‘Thru My Gloves’ belies the sinister undertone to its subject matter, the battle between the darker side of human instinct and angelic purity encapsulated in a lover who “spreads [her] legs like wings.”

And still the phantom strings follow throughout. Album highlight 'Sunshine City' drifts, stately, through curtains of guitar fuzz and out the other side before the ghost violin – or is it a real one? – rests on a single windswept note as Natalie Stormann’s bandmates imperfectly harmonise her melancholy assertion, "I have sunshine in my life." By the time of closer 'Slow Motion' illusion becomes reality as a dissonant string chorus tears the very fabric of the song apart, leaving its beating heart exposed.