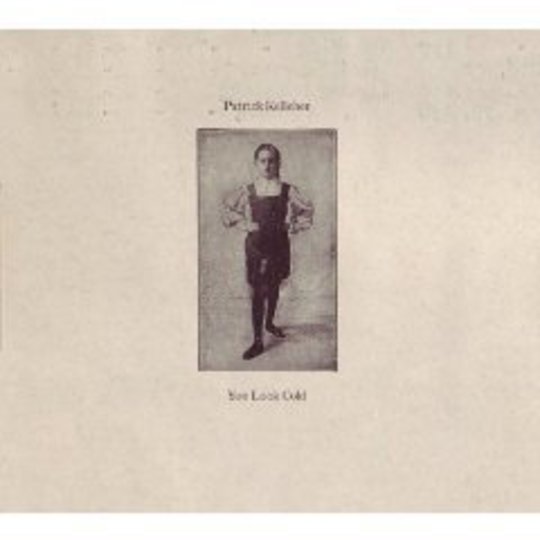 To be honest, the minimum I expect of an album these days is to include use of at least three types of condiment containers; Patrick Kelleher’s use of just one hazelnut spread jar is disappointing to say the least. The 24-year-old lists no less than 32 instruments in this album’s construction (although whether a ‘door’ passes as an instrument up for debate), created whilst holed up in home studios both in Edinburgh and Ireland. In all seriousness though, You Look Cold is a schizophrenic wandering of ideas that have been twisted, broken up and then stuck back together; a machine made from human hands with a heart inside to boot. Such a concept certainly leads to the presumption that this LP may ultimately sound fractured.

You see, in some ways Kelleher typifies the twenty-something musician who can home record (and who can’t these days?). Cubase, Ableton et al can capture ideas in a fraction of the time analogue studios can; you can even just write notes in if you hit a bum one. With such quick access and results comes shortened attention spans and rafts of ideas replacing still fresh ones: don’t like the six minute post-rock odyssey you’ve just created? Fine; make your next a heartfelt acoustic ballad and you’ll still be done in time for dinner.

You Look Cold initially seems to be an example of this. The fearsome growls and dotting synths of opening track ‘Not Leaving Town’ create a loud, impenetrable atmosphere, which then suddenly evaporates into the minimal expanse of ‘Coat To Wear’. Kelleher’s wispy vocals lightly flit back and forth in duel with the xylophone, both aware of the thudding bass drum underneath ready to swallow them up. Two minutes later seconds later however, screeching violins are announcing the close of ‘Wintertime Doll’; a track that incorporates vocal loops and an electronic metronome to create a surprisingly full sound. This sounds breathless already and yet in terms of tempo we’ve not even approached a jog; nevertheless Kelleher manages to convey the sense that there’s an awful lot of stuff going on here.

But here’s where he differs a lot from your other digital-track bedroom artists - he’s managed to link everything together. Sure, he’s throwing pieces at a puzzle board with gusto, but then he’s taking a closer look, finding the corner bits, arranging them to fit. That’s why the drum machine-powered Eighties glower of ‘He Has To Sleep Sometime’ manages to co-exist with the lo-fi sprawl of ‘Until I Get Paid’, and how the Atlas Sound-tinged ‘Multipass’ can sit near the distorted swirl and queasiness of ‘Blue Eyes’ without many eyebrows raised. More importantly though, it’s because Kelleher’s human presence shines out from under all the tape decks, keyboards and drum machines that sit around him. Whether it’s the frequent handclaps that pop up here and there or his sharp shrieks and hollers, you get the sense of the multi-musician sitting in the middle of it all, trying to rein in every song so that they remain more than just passing acquaintances.

As if to make the above point abundantly clear, arguably the best track on the album is the most natural-sounding. ‘I Am Eustace’ is a couple of minutes of melodic Sixties-influenced folk in which the multi-instrumentalist shuns any vocal distortion effects; opting for his own singing voice whilst he earnestly “stares at this girl, about to make a fool out of myself”. A prodding acoustic guitar intertwines with strings that gently rise from just under the surface, and are nudged along by little more than the clap of hands and the shake of a riceshaker. ‘You Look Cold’ may be a melange of ideas constructed by a man who’s grown up amid a quick-changing, impatient environment, but it’s also the work of someone who possesses enough serenity to take a step back, and think clearly about how to dilute such impatience into a wholly fluid listen. It can only be hoped that the listener possesses the same.