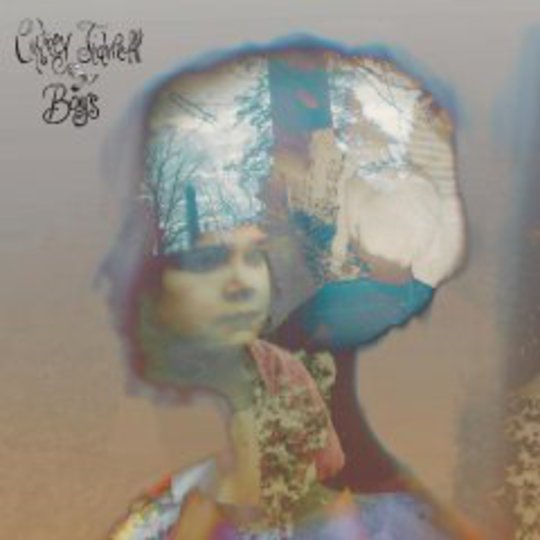 “They call women the weakest vessel, but I think they are the strongest,” wrote William Blake in An Island in the Moon, “A girl has always more tongue than a boy.” Cortney Tidwell, on this album titled Boys, evokes the strength of the female tongue, even in the softest of sounds. Mary Wollstonecraft, author of A Vindication of the Rights of Women and a contemporary of Blake’s, saw in his work an idea of female power born of wit rather than confrontational masculine brawn. This is the power you can hear in Tidwell’s music, and the thread which ties together this album’s eclecticism – not the androgynous punk snarl of Patti Smith or PJ Harvey, but the disarming, paradoxical power of a voice so tender and pure that at times it seems it could destroy worlds.

Tidwell is of Nashville heritage, but musically she has left that territory just like a bullet leaves a gun. While her mother performed on the Grand Ole Opry and her father worked as a recording engineer on Nashville’s Music Row, their daughter immersed herself in punk and new wave. The result is a sound which blends Depeche Mode and Joy Division with the country music that surrounded her childhood, while her 2006 debut Don’t Let The Stars Keep Us Tangled Up also showcased her prodigious talent as a vocal stylist.

Her second full length album opens with the gothic atmospherics of ‘Solid State’, a song of yearning whose most powerful moment is the pause in the music, two and a half minutes in, which is just long enough to encase her spectral voice in silence, like an insect trapped in amber. Tidwell is an artist who understands that the gaps between sounds can have as much impact as any instrument, and there are numerous points on this album where she makes silence scream.

‘Watussi’ is a change of pace which seems to nod to Patti Smith, when she called out “Go Rimbaud and go Johnny go/and do the Watusi, oh do the Watusi”, while musically owing as much to Björk, with its looping drums and reverberating vocals. There are more vocal tricks on ‘Son & Moon’, as her voice crumples and reverses onto itself, but that inner tenacity is always there, erupting out of the confusion in a wash of noise.

The idea of My Morning Jacket’s Jim James dueting with Tidwell on a track entitled ‘Being Crosby’, evokes expectations of a performance akin to James’ spellbinding rendition of Dylan’s ‘Goin’ To Acapulco’ in Todd Haynes’ ‘I’m Not There’. But this is not a Lee Hazelwood/Nancy Sinatra pairing, and instead James gives us a barely-there counterpoint to Tidwell’s lead, another example of her voice’s softly-spoken strength.

‘Oslo’ bridges the gap between ‘Being Crosby’ and the pulsing ‘So We Sing’ by opening as a dreamlike ballad and gradually easing up the pace so that when the pounding drums of the latter track kick in, we’re already moving. ‘So We Sing’ is one of the album's most accessible moments, and it ends with another perfectly timed pause, as the music drops away and splashes us into silence. However, it leaves ‘Palace’ with a hard act to follow, and the album never quite recovers the lost momentum as it bleeds into ‘Bad News’ and the wistful ‘Oh, China’, which is bookended by the voices of children. One declares the words “just dramatic effects”, and that serves as a useful summary of the stormy ‘17 Horses’ and the closing ‘Oh, Suicide’.

Tidwell is probably still best known for Ewan Pearson’s danceable remix of ‘Don’t Let The Stars Keep Us Tangled Up’, and while there are several tracks on this album which deserve to challenge that, if it is to remain her commercial high-water mark then it is surely only due to her apparent refusal to compromise her terms. Boys is a defiant collection, the best moments of which have an effervescent beauty that captures an ethereal power within the strongest of vessels.