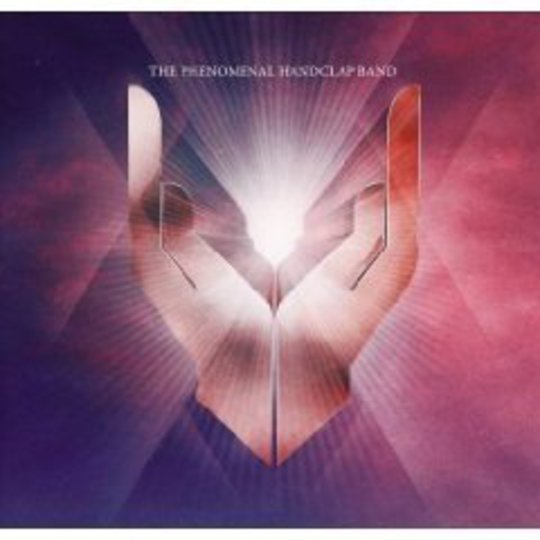 How much trust can you put in a band when their first big creative decision - their name - is a stinker? And what if the record sleeve is terrible too? The Phenomenal Handclap Band, the name, is surely a play on The Incredible String Band - and not a very funny one at that. Rightly or wrongly, there's so much music available now that people make snap decisions on what's worth trying, and I can't help but feel that The Phenomenal Handclap Band have given themselves hurdles before they've even recorded a note. Nobody needs another Polyphonic Spree right now, you might fairy think, so let's try something else. Fortunately, despite the name, The Phenomenal Handclap band are nothing like The Polyphonic Spree.

For a start there's only eight of them, all formed around New York-based DJs Daniel Collás and Sean Marquand. Collás and Marquand apparently got bored of playing other people's records, deciding they could do it better themselves. There's much to like in The Phenomenal Handclap Band's loose, languid style, which embellishes its disco beats with George Clinton's psychedelic funk, Curtis Mayfield's blax-light grooves, and on 'Dim The Lights', Marc Bolan, generally. There're spaceship swoops, pulse pad percussion, high buzzing synth riffs and cowbells (of course), but also harmonica solos, alternately weeping or grinding guitar licks, and melodramatic echoing whispers for full Funkadelic props. And the beats, which step, stride and swagger unhurriedly throughout, cohere all 12 tracks together into a nonchalant but focused whole. Following in the footsteps of Sound Of Silver and Hercules And Love Affair, this is a disco record that believes in the rockist concept of an album, rather than the dance stereotype of the good and not-so-good singles collection.

This album's first two singles - 'You'll Disappear' and '15 To 20' - are probably the standout tracks. Taking musical cues from LCD Soundsystem and CSS respectively, they both use casual but cute female vocals to portray a playful self-assurance about potentially awkward topics. But after that 11-minute mid-section peak, there's a noticeable drop in standard towards the end. At 66 minutes long, The Phenomenal Handclap Band isn't particularly long, but the final three tracks could certainly have been lopped off without detriment. Penultimate song 'Baby' irritates because its repeated soulful refrain - "Baby/ I could rule the world/ with a girl like you/ on my arm" - is a terrible chat-up line; or if he's addressing an established partner, even worse to be that girl. Once would be forgivable, but repeated over the whole song it speaks to a lack of ideas. Then, final track 'The Circle Is Broken' takes nine indulgent minutes to announce the end of the record - "The circle is broken, the people have spoken, no reason pretending, our time here is ending" - which, like the guy at the party who has to personally say goodbye to everyone three times before leaving, is just a bit exasperating.