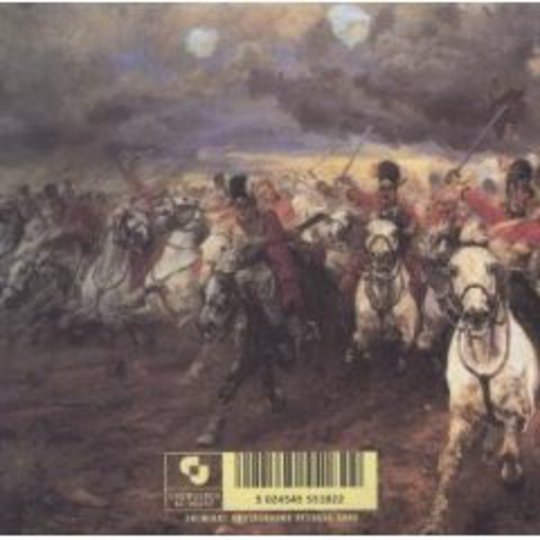 There's two ways of looking at Lord Cut-Glass. The obvious one would be to separate the man from the masquerade. As a major creative component of Glaswegian indie foursome, the Delgados, Alun Woodward was part of one of the most consistently well-received bands of the last 15 years. For whatever reason, their perpetual critical acclaim and obvious influence always overshadowed their unit-shifting prowess, and according to Delgados bassist Stewart Henderson, it was a lack of this kind “attention and respect” that led to the band's demise. So, after a lengthy period donning his Chemikal Undergound record label hat, Woodward is back, on his own and under a slightly baffling guise.

It perhaps isn't a great surprise to learn that Lord Cut-Glass is the product of a febrile mind. Suffering from scarlet fever, Woodward read some Dylan Thomas and the innocuous Lord Cut-Glass character from Under Milk Wood quickly became Woodward's alter-ego for what is, on the face of it, an eccentric concept album. The record's artwork, featuring an onrushing stampede of 19th century British cavalrymen, sets a portending, threatening scene. Even the name looks as though it were etched into the artwork with a broadsword.

But this isn't really a concept album. The concept is best seen as a means of separating Woodward's auspicious yet commercially-stymied past from his present solo adventures. Although the record resounds with the gallop and bluster of revolutionary times, this is really where the concept ends. Rather, it is Woodward's human heart that beats louder than any of the military drums. Some of his victims may appear dead, their guts strewn across bloody fields of war; but these are still-living casualties of Woodward's acerbic, sharpened wit and not of the bayonet of Lord Cut-Glass.

The album does certainly start with its chest protruded. 'Jesus Couldn't Love You's military snare rolls and proud trumpets provide the march to go with Woodward's multiple shots from the hip. “Did your pony not love you / reject you and buck you?” he asks before finishing the job: “broken apart like a sailor's heart / you bob along on the ocean / causing commotion / there is absolutely nothing to you.” During Monster Face, he nonchalantly explains: “Monster face was rattlin' through the place / so I swung til my fist made a crunch / I must confess remorse was amiss / and I laughed till the blood hit my lunch.” Woodward's life-learned black humour is prevalent throughout and provides a dry, and often amusing counterbalance to what is sonically, a lavish record.

With flamenco guitars, accordions, glockenspiels, brass, flutes and strings, Woodward creates a sound that's a lot more campus lawn than battlefield. For all the album's portent, and the odd moment of truculence disguised as sarcasm, Lord Cut-Glass is benevolent at heart. The excellent 'Look After Your Wife', which borrows heavily from early Belle And Sebastian (there you go, it got said), is a four minute capsule of sound marriage advice. 'I Am A Great Example To The Dogs' is a tale of unconditional loyalty, while 'Be Careful What You Wish For' is a heartbroken and string-laden ode to a lost love. The album's most delicate juncture, 'A Pulse', sees Woodward at his most vulnerable: “I'm nothin' at all without love / I need to be loved just by somethin' / a rat or a dog / a pimp or a frog.” While this may read as mawkish whimsy, his flat Scottish vowels and child-like singing voice have a way of reigning in the album's sentimentality. Don't be fooled by first impressions; underneath the livery is a heart of gold. Woodward's honed grasp of musical invention keeps things sonically interesting, while his posturing and backbiting is the sour to go with the sweet. But Lord Cut-Glass is at its best when Woodward's guard is down, revealing the bashful,overgrown boy behind the dashing subterfuge.