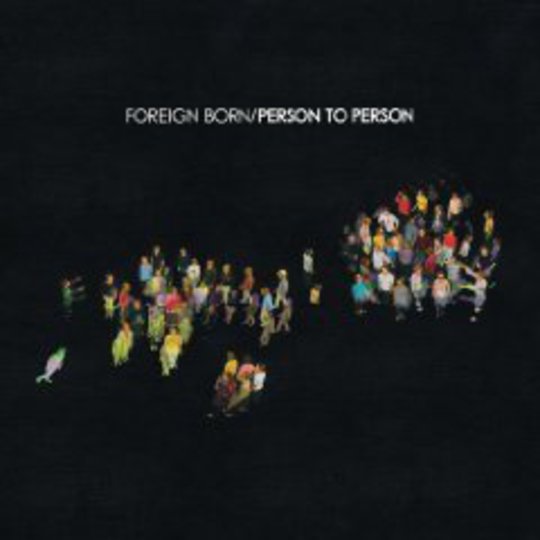 Today’s nugget of pop-history: following up the fiery politicking of Document and Green, REM briefly considered calling their international breakthrough not Out Of Time, but The Return of Mumbles. As it happened, Stipe had as much to say as he (may have felt he) had to hide, but he made an artform out of suggesting, and set a precedent for indie that has let many a fine band figure out what they want to stand for, while getting on with the business of jangling tunefully, or rocking mightily, whichever their want.

After a month of listening, Foreign Born haven’t revealed any nuanced themes besides a general (albeit sensual, comforting) summeriness, but their jingling-jangling, African-tinged, and lightly-orchestrated indie all sounds more crafted, more fully realized, and carefully separated than many bands on their debut. Content-wise, song-titles like ‘Blood Oranges’, ‘That Old Sun’, and ‘Vacationing People’ tell you as much as you need to know, while feeling like fuzzy, faded Polaroids of someone else’s past. One of the most stirring, almost anthemic, songs, ‘It Grew On You’ (track 8), does exactly what it says, repeatedly, in the chorus. On the opening track, the swelling guitars and vocal-harmonies suggest a relatively benign Howard Hawks cowboy-movie, in which Our Heroes advance on horseback across sun-bleached terrain, with no real threat, and an occasional compulsion to sing… although not (obviously) about their yearning.

Coming a couple of weeks after Dirty Projectors’ critically lauded latest, and a year after Vampire Weekend and Yeasayer’s own debut, it’s worth pointing out that the ‘African-tinged’ elements here – the bright guitar trills (on ‘Early Warnings’, especially) and many-layered percussion (four members are listed as playing percussion) – aren’t bandwagon-jumping, but seem fully integrated. In spite of their Californian origins, Foreign Born basically sound like a New York indie guitar band, expanding on the basic components: singer Matt Popieluch remarkably similar to Hamilton Leithauser from the Walkmen, and there are hints of Television in Lewis Pesacov’s guitar-work, beneath the aforementioned. Still, a year after Vampire Weekend became ubiquitous – and kinda annoying, chirping out of radios, and phones, as ringtones – Foreign Born feel like they should have more staying power, even if there’s less flash.