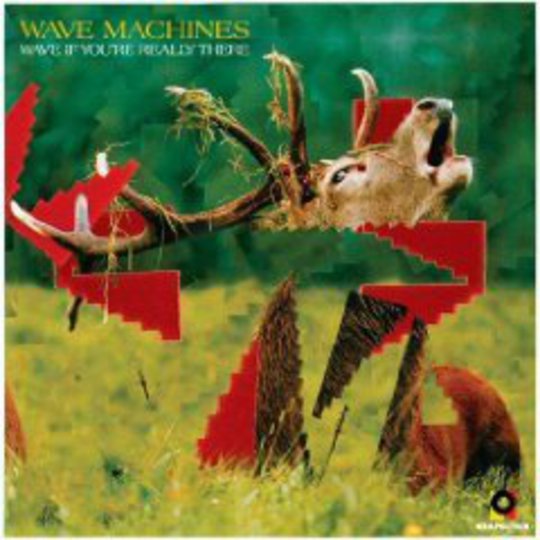 Liverpool is full of dead houses. There are rows and rows of dead and forgotten houses. I’ve read about dead houses in Burnley. I’ve heard there are dead houses in Leeds. Just empty spaces left derelict by the steady plough of urban renewal. Anyone living in an English city knows what I'm talking about. But there is also a certain mystery, an unspoken narrative to this image; you pull back and wonder who lived there - what happened inside the now forgotten houses. Wave Machines specialise in revealing the hidden parts of modern life. At their best the band are masters of the understatement – their strongest songs cloak subject matter in layers of oddball pop hooks and syncopating rhythms.

Hearing 'I Go I Go I Go' or the funk-inflected 'Keep The Lights On', it is difficult to imagine a Wave Machines story that end with anything other than pop world domination and screaming teenagers. The former recalls Enon at their effervescent best, whereas the latter is a brilliantly subtle slowburner, aching with clicks and a bass line that stares the whole song out as it relentlessly ticks. It plays like a half-remembered Bee Gees classic, but there’s depth too – when Tim Bruzon sings "unspeak the words you ever spoke" the sentiment is convincing, conjuring ideas of magical feats - that maybe if you believed enough you could just erase all the stupid things you had said before.

Although Wave Machines summon some dizzying highs on their debut album, there are also some serious missteps. The sequencing is baffling. The album opens with ‘You Say The Stupidest Things’, a sweet low-key song that builds layer upon layer, gathering momentum until close. The momentum that they built so carefully is then ruined by the pale and fumbling ‘Carry Me Back To My Home’, a song which displays no sign of what makes Wave Machines such an exciting band. It’s chock full of try-hard ‘big’ choruses and loping chord progressions. It’s a contrast to the effortlessly anthemic ‘Punk Spirit’, which totally nails its sentiment of fight or flight, as Bruzon daydreams of glory.

The album closes with ‘Dead Houses’ a subtle and malleable rumination on the empty spaces in Liverpool. But this could stand in for anything. The speed of urban renewal leaves dead houses trailing in its wake as it drives headlong into the future, just as the music industry has sped up to a frantic state of hype where bands have to deliver legitimately great debut albums or be left behind. Wave If You’re Really There is not a great debut album, it is merely good, but the greatness of one or two songs in the set should hopefully buy the band enough time to deliver on their huge promise.