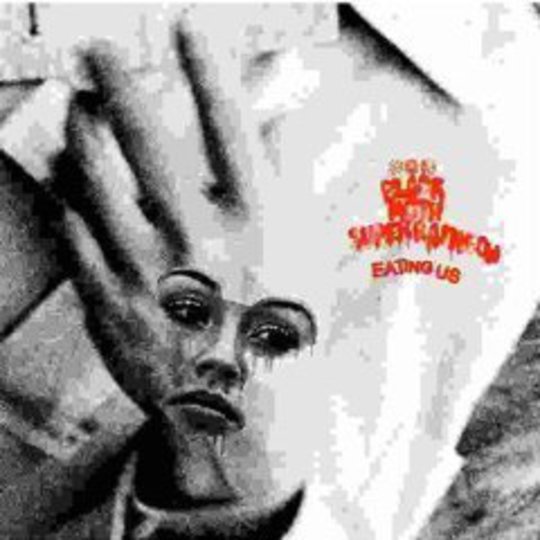 Whenever I hear the word ‘experimental’ uttered in front of 'electronica', my face breaks out in hives. That word appears to be music’s great get out of jail free card. Almost intentionally used to shield criticism, because the critic in most cases is probably thinking "I can’t pan this because I might be missing something". You’re wondering that maybe this is music that is so ‘experimental’ it is beyond your feeble level of comprehension.

I really want to buy into Black Moth Super Rainbow; 2007’s Dandelion Gum suggested that one or two albums down the line they could release something special, but there was always the sense that they might flat line, or worse still regress.

Regretfully second set Eating Us hasn’t moved too far forward from Dandelion Gum at all. The problem is that their music is not imposing or engaging enough, it doesn’t possess the alluring nature of M83 or the pleasing dynamic dawdle of Lemon Jelly. The coats of synth and moog over thoroughly baked vocoder vocals give the impression of idleness. Whereas Animal Collective build evocative sound walls, Black Moth Super Rainbow struggle to put together a sand castle.

The enigmatic nature of the group fits the electronica scene, where music matters over personality; a collective of minds taking in the sounds in a dark room probed by sporadic streaks of multicoloured light. However what might be described as the psychedelic elements of Eating Us feel kitsch – essentially synth from the bong. The acoustic guitar that peppers a number of the tracks is a token gesture that adds nothing to the texture.

Immediately the opening track ‘Born On A Day The Sun Didn’t Rise’ totes along, dithering in the coffee morning soundtrack zone of Zero 7, Air and Röyksopp; despite a prominence of dissonant drums. ‘Dark Bubbles’ is light and airy, the vocoder garble providing an unwelcome hayfever headache, swamped in tingling moog. Opposing this are tracks such as ‘Iron Lemonade’ that feel a little more existential, and therefore interesting to the ear.

There is a sense of sound stagnation; despite hitting the road with The Flaming Lips and getting a tangible taste of the big time there seems a reluctance to push forward. Dare I say the tag bestowed upon Black Moth Super Rainbow of being ‘experimental’ is almost entirely redundant? To me ‘experimental’ means risk taking, pushing the boundaries, blowing people's minds. Black Moth Super Rainbow is unable to even meld the far out periphery around a dreamy passive sound.

‘Smile The Day After Today’ illustrates the limitations of Black Moth Super Rainbow, a beautiful composition certainly, but unexceptional music that stirs up neither love nor loathing. Dave Fridmann’s production adds clarity to the sound, but there is a limit to what even an accomplished producer like can do with a band that lacks dexterity. When they do hit the heights on ‘American Face Dust’ the authentic banjo loops add something unexpected into the mix. At bloody last something ‘experimental’, but alas it arrives too late in the day. The enthusiastic dope heads are already zonked out.