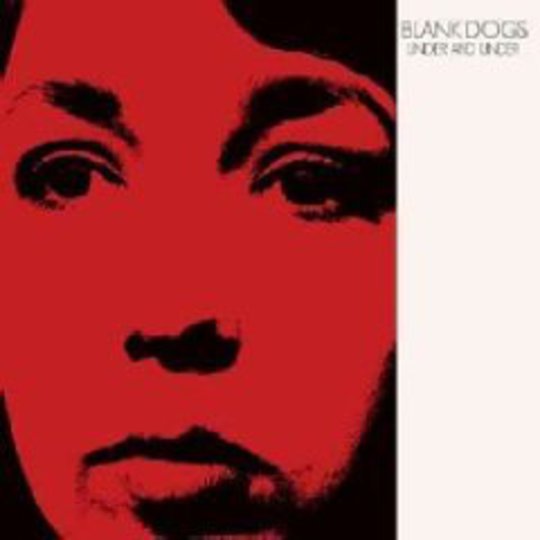 In the city with the brightest spotlight on its emerging talent, Brooklyn's Blank Dogs (aka Mike Sniper) earned his hype with a series of anonymous solo releases, something like a trove of Cure and Sisters of Mercy demos from 1982, before they started cleaning up their sound. After several years, the album-proper (or longest release) is no less trashy, fuzzy, and lo-fi, but it features half of Crystal Stilts, plus the Vivian Girls on backing vocals, which is more than enough for the feeding frenzy to turn the water red.

The formula is unrelenting: a near-identical drum-machine, no discernible bass, fuzz guitars, and a distorted-vocal (sometimes double-tracked) gropes towards anthems at the intersection of punk and goth – ‘Jumping Someone Else’s Train’ or the Sisters ‘Alice’ EP, say. For the first seven or so tracks, instrumental variation boils down to alternation between chorused guitars and keyboard-presets with enough pitchbend to sound like the tape’s slurring already.

‘Setting Fire To The House’ and ‘Around The Room’ are highlights – the latter with a choppy bassline and eerie undulating hiss of keyboard, that’s prime Cure, before a strident fuzz guitar rises up, and then becomes progressively more discordant, as the vocals continue unfazed, murmuring about what seems to be prowling around the room – oblivious to the threat posed by the guitar, or even the suggestion that something might have changed in the bedroom’s permanent twilight. Elsewhere, looped vocals and found-sounds suggest Sniper is experimenting with less song-based soundscapes, like the Sisters’ landmark Reptile House EP, which reached out to industrial and psychedelia, back when everyone else seemed to prefer glistening synths.

Somewhere around track eight, the formula starts to wear thin, and the mood lightens a little to a sort of murky, sleepless pre-dawn – it’s not quite sunshine, or it’s supposed to be, but Blank Dogs can’t really make sense of the big glowing thing in the sky. The Vivian Girls sing the album out, on ‘From Here’ (track 15), but the freshness and urgency of the opening salvo has been slightly tarnished by this point.

In theory, this could continue to slip under your radar… and everyone’s. On the West Coast, however, No Age and Wavves have paved the way for this kind of lo-fi to… well, make waves. Compared to No Age’s bedroom hardcore and budget MBV, this has a little more mystery, and unlike Wavves (ironic?) series of tracks entitled ‘Intro Goth’, ‘Beach Goth’, etc. this recalls the best-in-genre without a trace of the theatrics (by the rest-of-genre) that sullied its rep. It’s too early to say whether such a deluge of formulaic noise-pop or lo-fi goth constitutes integrity… or laziness. That’s to say, Dag for Dag (to pull a name out of the air) use similar ingredients to make retro goth-pop, but concentrate on the arrangements a bit more, for a sharper mental image of their soundscapes. For Blank Dogs’ part, whether the tune’s become that shade stronger, or the lyrics and arrangements become more important, there’s plenty to build on.