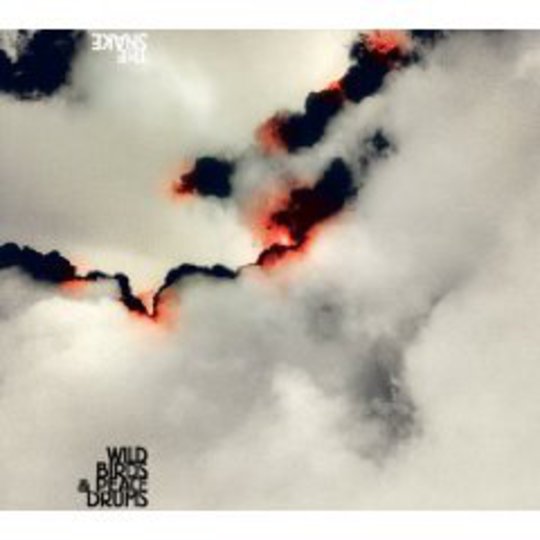 Just a year has passed since the release of Heartcore but with The Snake, Swedish duo Wildbirds & Peacedrums have already honed their sound beyond that debut. Upon cursory research the point is reached where you think “what the fuck, there's TWO of them?”. Even knowing this, it's still hard to fathom. It's equally surprising to find out they're also married to each other but, despite the matrimonial unity, there's a stark separation between the constituent parts. Mariam Wallentin and Andreas Werliin share a direction, naturally, but it's akin to two trains on parallel tracks heading to the same station, rather than two carriages of the same train. Each part does its own thing. The dual focus means a situation is created where both co-exist in the foreground and background.

The Snake is characteristic Wildbirds & Peacedrums – just the bare bones. With such sparseness, it's hard to attribute any real influences or discernible contemporaries. Trying to imagine a sometimes soulful, often haunting, Scandinavian femme doing her best to move between several octaves, mixed up with ultimately necessary but mostly understated drumming – the heartbeat. Then sprinkle with erratic, infrequent and unexpected percussive strikes, passages and plays from glocks, marimba, steel drums and wood-blocks. The final additions may portray a chaotic bent, but they are mere embellishments to the twin peaks of drums and vocals.

At her most tame, the comparison to Nina Simone still rings true for Wallentin. At her wildest, she is nobody but herself. Her words worm, wriggle and wrap their way around the accompaniment throughout the ten tracks. "There is no light, there is no light/my eyelids ache from too much..." mumbles Wallentin before blurting out a vocal line almost cribbed from Blueboy's 1997 UK hit single 'Remember Me'. Again, everything writhes around the central point, like a tornado picking up dust, people, livestock and shrubbery in its wake. Tribal it certainly is.

It seems like an exercise in experimentation, but not wantonly so, or even particularly noticeably so. Elements of folkish, occasionally almost ambient Americana are there, but there's certainly no coherent theme or thread. It switches from a saunter to stroll as quickly as from ponderous to perky. The difference between 'Who Hoho Ho' and the following 'My Heart' is ample evidence. In the former, jingly stuff jingles, wobbly stuff wobbles and bendy stuff bends and plays out atop a vocal duet pulling all together in some kind of early-day-dawning dream sequence. In the latter the Wallentin returns the melody to us, while Werliin brings the beats back, and for a brief while we are transported from minor-key bleakness to steel-drum gaiety. It even seems to switch between centuries – 'Great Lines' is as Gregorian Chant-esque a song as you're likely to hear this side of the odd obscure Norwegian dark metal experimentalists.

These Swedes seem to pick anything up and play it. They'd probably even make beautiful music out of garden furniture. The giddy ride through tonal ups and downs, timbre switches, key changes can almost be too much to take, and if Wildbirds & Peacedrums were more than a duet, it almost certainly would feel excessive. Negotiating The Snake for the first time is a journey riddled with surprise – that almost nothing can be nailed down or predicted even after the seven-minutes-thirty of closer of 'My Heart' is pure 'lucky dip' stuff. Each time you dip in, you seem to come out with an even bigger handful of sweetness.