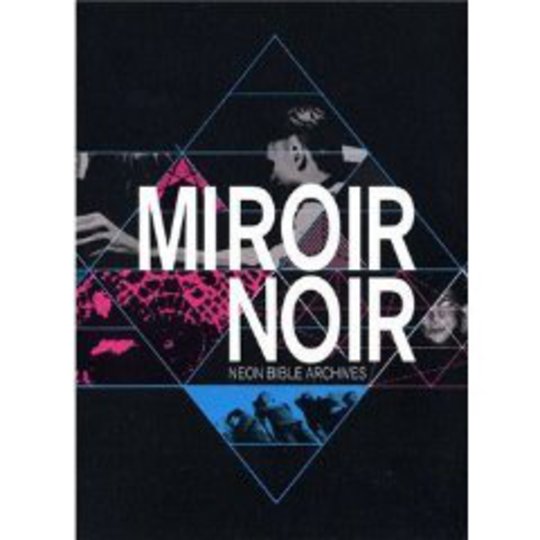 While it’d be an overstatement to suggest Arcade Fire have pissed away their mystique, it certainly depreciated palpably over the course of 2007. The year began with them being spoken of in reverential terms, the towering beauty of Funeral fanned by the small number of rapturously received UK gigs they’d played in support of it, with a new album now just on the horizon. It ended with the general consensus that Neon Bible was a slight disappointment, and with the band having now surely played to everyone who could possibly want to see, their last lap of the country being that somewhat incongruous arena tour.

Miroir Noir is a strange, beautiful, slightly frustrating work that would have seemed more timely had it surfaced when people were wondering if divine blood might not flow through Win and Régine’s veins. Shot by indie vid auteur Vincent Moon and directed by band collaborator Vincent Morisset, it’s a weird hybrid of Moon’s Take Away Shows, a tourfilm, and a making of the album doc. Sort of. There are no interviews, virtually no dialogue from the band, but a constant overdubbing of messages left by members of the public at a number set up around the time of Neon Bible’s release.

The result is odd; sequenced in non-chronological fashion, and with no explanation of events beyond the timeframe ‘2006-2007’, Moon’s camera is invariably zeroed in on a band member, but rarely does Miroir Noir attempt to afford any insight into them as people. Taken as a rock doc, there seems to be a supposition at the film’s heart that the viewer will be acquainted enough with Arcade Fire for the events on screen to mean something (which is reasonable), but also that the band are so inherently magnetic that we don’t need anything from them beyond their presences. Win laughing; Win drinking a beer; Win looking gloomy; Win having a bit of a lie down; Régine looking excited; it feels like Miroir Noir is asking us to applaud and be enthralled by all this.

Maybe that’s how it would have been received in January 2007 (when of course filming was still taking place), but in April 2009 it sort of feels a tad presumptuous. Certainly in the deployment of the phone messages, earlier sections of the film seem to try and play around with the idea of what a ‘neon bible’ may or may not be, while it’s fairly questionable whether anybody really gives a shit anymore.

However, this is all assuming that Miroir Noir is actually intended to be about the band Arcade Fire, rather than almost incidentally having them as its subject. Which may seem like a strange thing to say, but take it simply as a Morriset/Moon video work and it becomes infinitely less problematic. It’s a very beautiful film, essentially a series of grainy but stunning set pieces, somewhat indebted (as you’d expect) to the murky labyrinths of the film noir genre, and most definitely offering more than a doff to David Lynch – a scene where we see a door tremble in its frame while one of the dislocated phone calls drones on is practically a homage. Elsewhere a frenzied end of set battering of instruments flashes across the screen in a lightning fast derby of destruction, yet it’s all made eerily disconcerting by the fact it takes place not to the sound of the concert, but to another recording, the plangent lament ‘Cold Wind’.

Night recording catches Régine sitting on a shelf, legs swinging back and forth, eyes whited out, a demonic child. A huge panning shot catches Win and Régine walking across a massive, multi-tiered, completely deserted concourse. The two sing an acoustic ‘Windowsill’ in a glass lift at night, falling and rising between levels. The band strum away distractedly, but the only sound is one of the phone calls, a weary sounding man offering up ”I don’t know exactly where my life is going... I need something better”. Win stands in a completely deserted street at night, again soundless, the camera framing him as a looming, almost threatening figure, but with the feeling of menace abruptly undercut as Régine runs in from behind Moon and leaps into her beaming husband’s arms.

It feels problematic to recommend Miroir Noir when it’s hard to know what exactly you’re recommending it as; towards the end the phonecalls dry up and it sort of enters something more like generic concert film territory for ten minutes or so. Which is odd. But something frequently very beautiful has been created, something that comes with - needless to say - some great music. And really, that should be enough, shouldn’t it?