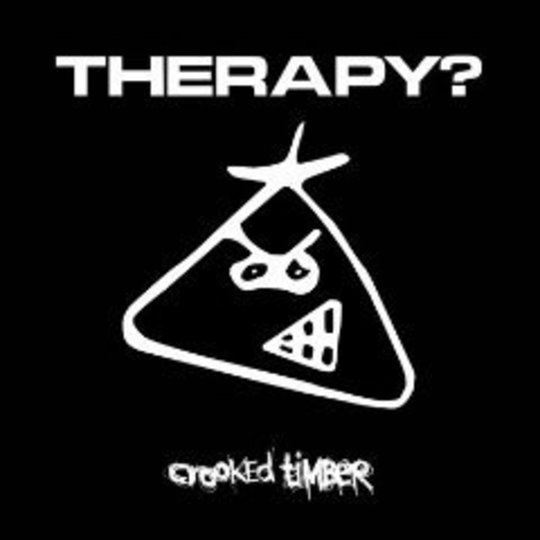 You could be forgiven if your first thoughts on hearing this album were WTF? Therapy? are still going? Well they are, and the ‘?’ in their name is still ruining the flow of sentences in their reviews. Andy Cairns and co must have seeped into many people’s musical landscapes since the heady early-Nineties heights of Nurse and Troublegum but true success always eluded them, as they were only too aware. It was hard not to warm to a band who called their best of So Much For The Ten Year Plan and promoted it by telling stories of their label opining that they were too ugly to ever break through. But metal fans are loyal, see, and like many bands before them it seems Therapy? have been kept alive by a loyal kernel of followers. Great metal bands never die, at least until their members do. Just look at Anvil.

Wisely they’ve reverted to their roots, Crooked Timber keeping things good and heavy. ‘The Head That Tried To Strangle Itself’ employs the twin staples of a pounding riff and semi-operatic vocals, while also maintaining the band’s career-long preoccupation with themes of insanity, Cairns having a good old shout about ‘the madness of the shrieking skull’. Following that, ‘Enjoy The Struggle’ reminds you why they were once tipped for mass appeal; while not letting up the pace, there’s a clarity to its delivery that you could imagine pleasing jumbo-sized crowds. It was even scheduled as the first single, before the band replaced it with the more ambiguous title track.

Indeed, the album is being sold as concentrating on rhythm, with most of it being written as a band, but there’s no need to worry that they’ve begun kicking out extended jams. The record comes in at a focussed ten songs, and you can hear the new writing method at work in the hypnotic structure of ‘Exiles’ and the instrumental ‘Magic Mountain’. Despite them wearing their serious faces there are also signs of humour; ‘I Told You I Was Ill’s subject of abandonment and disillusion are well suited to its thrashed out delivery, but it’s still named after the phrase that famously adorns Spike Milligan’s tombstone, of which the band are easily old enough to be aware.

You’re never going to reinvent music on your 12th album, but what Therapy? have managed is to prevent the drift of purpose that usually affects bands of their age. If they follow their normal off-on form then the next release will probably be another semi-melodic dive at expanding their audience. But for now, at least, they’ve nothing to be ashamed of.