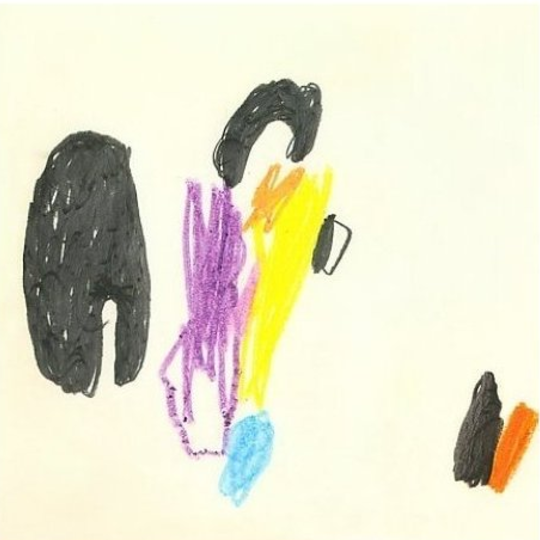 Catching the band in transition, the ‘Taro Tarot’ EP may be their most immediate release, and (chronologically) it’s the one that most expands your inner visions, for mixing the vocals more clearly. One of the few lines that stood out on Terrific Seasons was "History cannot explain / what it’s like to die" (‘Drawing Water’), which could be the key to the whole TAP opus: indeed it can’t explain, but music gives a clearer impression of real human fears. To paraphrase Simon Reynolds, culture (especially music) provides the parallel history of human feelings, making TAP first class academics of dread.

Whereas Terrific Seasons opened with a rapid industrial rhythm, and never let up, the opening track of the EP clears the slate with bomb noises. As on ‘Cracks in the Lifeline’ (from the debut), Pat adopts crooning vocals almost identical to Thurston Moore (rising at the end of lines), but it’s on the chorus of ‘All Night Services’ that an Alan Vega growl rises up, to match the burning bridges of the lyric – yeah, he’s coming back to the city after a break (through marshland, by the sound of it), and God knows what he’s going to find. Here and elsewhere, the percussion could be played on biscuit-tins, or a typewriter in the bureaucratic Hell of Gilliam’s Brazil.

‘Chipping Ice’ (Track 2) brings in the same grinding guitars that perfectly matched that Liars lyric “they threw me in-to the ce-ment mix-er”; plus – in Einsturzende Neubaten-fashion – is that a power-tool they’re playing? It sounds awesome. ‘Cockles’ itself is the EP’s big rock moment (think ‘Death Valley ’69’ by Sonic Youth, with Anna Barie doing a creditable Lydia Lunch), but its distinctive machine-whine riff has a morbid sibling lurking in the midst of ‘Twin Remains’ (Track 6). ‘Peel some off’ (Track 5) is almost entirely built around thunderous drumming, but it showcases a flamethrower riff of its own, with distant found-object percussion, clanking like chains. Having alternated lead-vocal duties, here Pat & Anna take alternate lines of the chant, before they lock together for the ominous and multi-sensed “how many? / how many? / how many times?” (To perform the futile ritual before something happens? To protest the evil expressed by the music? To repeat the elements of their own Jackson Mac Low-style performance poem?)

With All Aboard Future (out this week), TAP foreground a whole new set of (US & UK post-punk) reference points... or long-standing influences that were previously subsumed within the early-SY / Liars composite of their sound (Hey, I’m coming to praise TAP, not to bury them). Pat may chant/sing like Thurston, but NYC's music scene can’t be a whole chain of SY rip-offs, and as we’ll see, TAP are best explained as examples of the city’s continual re-discovery of it’s legacy from performance poetry, “Ritual Theater", and musique concrete, fused with tonally colourful and - oh yeah, extremely HEAVY - rock music.