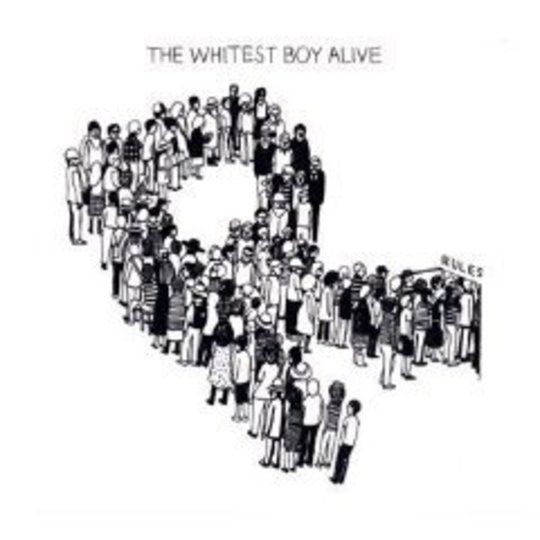 The Whitest Boy Alive’s Erlend Øye is a man blessed with good taste; the kind that often serves as a bellwether of things to come. When he first popped onto the radar in 2001 as part of Kings of Convenience, Øye and musical partner Eirik Glambek Bøe anticipated the return of folk with a sound that saluted the chamber pop and folk stars of yesteryear. The duo even presciently named their debut Quiet is the New Loud – a concept only truly validated by the phenomenal success of Fleet Foxes and Bon Iver in 2008.

During the downtime between Kings records, Øye uprooted himself to Berlin and busied himself exploring the late night throbs emanating from the city’s dance scene. This eventually led to a jaunt around the world as he roped in the assistance of people like Prefuse 73 and Morgan Geist for his electronic fuelled solo album, Unrest. Shortly after, Øye selected Ricardo Villalobos’ ‘Dexter’ for his turn in the DJ Kicks series at a time when the words “minimal” and “techno” were rarely placed next to each other in the wider music press.

Following that was another Kings’ record and then Dreams, the debut album by Øye’s Whitest Boy Alive project. Melancholic disco-pop may not be everyone’s bag, but you only have to look at LCD Soundsystem or Hot Chip at their morose best to find Anglo counterpoints. The record may not have ushered in a new era of downtrodden disco, but its laconic ways have slowly proven to be an alluring tonic for many since its release.

Øye’s been fortunate enough to enjoy an understated yet shining track record while keeping his finger firmly placed on the proverbial pulse. Of course, every artist eventually skips a beat at some point and while The Whitest Boy Alive’s latest LP, Rules, may not be the moment where Øye’s sense of taste finally jumps the shark, it’s certainly a shakier proposition than its predecessor.

Many of the record’s flaws lie in the simple fact that where Dreams ripped a page out of the ESG rulebook and scribbled a bit of new-wave flair onto a blueprint for rudimentary disco, Rules instead relies on a form of subdued funk heavily reliant on the wobbly grooves plucked out on a Rhodes keyboard and vintage snyth. So instead of the taught rhythm which underpinned ‘Burning’, Dreams’ opening track, Øye and company fire off the meandering indulgence of ‘Keep A Secret’ as their opening salvo.

Those in love with the immediate kicks of Dreams are likely to feel spurned by much of Rules. It lacks the soft hooks that defined its predecessor. Instead, as best heard on album highlight ‘Timebomb’, the songs focus on the kind of minute shifts in mood and tempo more commonly favoured in the deeper realms of the dance world. As a concept, it’s potentially a brilliant one. Unfortunately for The Whitest Boy Alive, it fails to consistently live up to its promise. Only the aforementioned ‘Timebomb’ and album closer ‘Island’ prove capable of exploring the idea to its full potential.

Rules may not be the shape of what’s to come, but there’s also little offence to be found in its unobtrusive ways. After all, this is a work by Erlend Øye we’re talking about here, so even his failures somehow avoid being distasteful. The lucky sod...