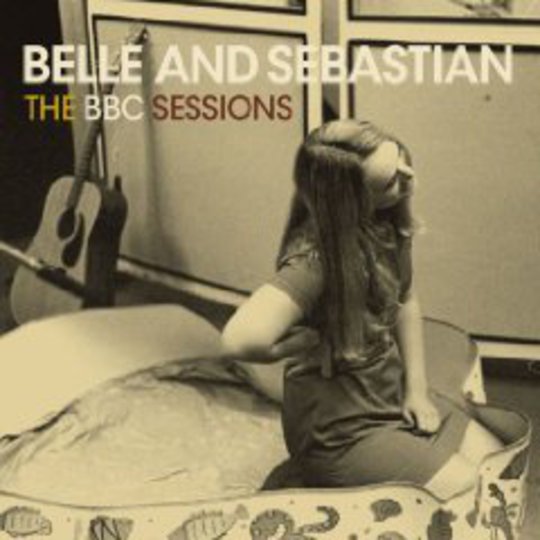 "The most dangerous band in the world", Stuart from Mogwai once called his fellow Glaswegians, and it’s easy to see why. In the period this collection covers, Belle & Sebastian released five albums worth of material (counting the 3 immaculate EPs from 1997), indirectly established the All Tomorrow’s Parties festival (now run by their mate who put on the Bowlie Weekender), and gave us yet another reminder of the rabid lunacy (if not festering evil at the heart) of Pete Waterman, unable to comprehend that a non-manufactured band could deserve a Brit Award... or command enough devotion to inspire block voting over the newfangled interweb.

With or without the four unreleased songs, this was always going to be an essential collection for any Belle & Sebastian obsessive, and the credits are a reminder there’s plenty more to come. It's heart-rending to read the phrase "Belle & Sebastian 1996–2001 were..." because it tells you it's a time that'll never come round again, and you were there...which is why this collection is vital, because i'’s part of the charm of BBC Sessions that they often capture a band simultaneously at the peak of their naivety and enthusiasm. What tells you these are songs you love are the minute variations that you find yourself hanging on, as if there might be some subtle inflection you hadn’t noticed that now lends additional meaning to the lyrics. Maybe there isn’t any additional meaning – maybe those variations are all you need to listen as closely as you did the first time, when the songs were new, when you could follow every note, but were still figuring out the pronunciation to get at those little details, like you could somehow get inside the world of Belle & Sebastian more completely.

Opener, 'The State I Am In', is as authoritative as either of the previously available versions, with subtle harmonies at the end. 'Like Dylan in the Movies' also starts out much like the album-version, right down to the count-in, and only sneaks in a small change in the affectionate "like Bobby Dylan in the movies". 'Judy and the Dream of Horses', however, has an industrial groan throughout, and culminates with a roaring, train-rhythm ending, much like 'Me and the Major' from If You’re Feeling Sinister. It's a reminder that Belle & Sebastian could always rock out, and made careful editorial decisions about how many times to use particular tricks; that they certainly didn’t stumble onto those arrangements. Next up, 'Stars of Track and Field' is where you listen extra-closely, the pauses in every rhyming couplet precisely placed, so that they emerge like miniature punchlines. (Is there any need to quote? You should know this by heart: "when she's on her back / she had the knowledge to get into college / she had the knowledge to get what she wanted").

More differences appear on 'I Could Be Dreaming' – there’s an urgent pulse; the synths are high in the mix; Stuart sounds sore-throated counting in; the couplet at the song's emotional peak changes to "while the dream is clear / while your head is clear". There’s also some distinct piss-taking in the delivery of the final "lala lala la la...", as if to say: “we’re not really all lollipops and rainbows…” Okay, an early version of 'Lazy Jane' actually does sound lazy rather than tense and sexually frustrated, compared to the EP-version with Monica Queen as the very succubus of teen-sexuality. Cutely, though, the xylophone-part sounds like a milkbottle, and the song manages to explode at the end, this version serving as a snapshot of a song in embryo, with the band indifferent to any calculations about the PR-risk of showing their experiments, and the Beeb more than happy to indulge them.

Next, and the highlight of the collection, easily, is 'Sleep the Clock Around' – rivalling the version that’s in my personal B&S Top Five. Here, the piano-part momentarily morphs into 'Let’s Spend The Night Together' (proving Stevie’s claim they always had some Stones in them), and bringing extra humour to a song that’s the male counterpart of 'Lazy Jane' – a tale of the smalltown wars of the king of "the paperback throne". There’s not much to say about 'Seymour Stein', 'Slow Graffiti', and 'Wrong Love' (i.e. 'Legal Man B-side', 'The Wrong Girl'). None of these versions shed much light on songs that made the cut because Murdoch wanted B&S to be a democracy, but the unreleased tracks add a fascinating (if rickety) annexe to the B&S mansion. 'Shoot the Sexual Athlete' is a weird narrative over a funk-lite bassline: "I’m a fan of the Go-Betweens / I like Robert / but I like Grant too / of all the stars, he’s the one I’d take home to meet my Mum and Dad". Stuart D's lyric about making badges also pre-figures Stuart M's about "The Fall and Manfred Mann" (on Fold your hands, child), making it a small in-band joke, and yet another clue to the musical DNA of Belle & Sebastian.

'The Magic of a Kind Word' is one of the few tracks here that opens with Isobel’s hushed vocals, and sounds as jubilantly 1970s as mint-green wing-collars poking out of a purple tanktop, on the cover of a TOTP annual. It wouldn’t be out of place on (post-Isobel album) The Life Pursuit, but as one of its best tracks. 'Nothing in the Silence' also opens with Isobel singing, and it’s stronger than most of her album contributions. The only reason it never made an album may simply be that the loungey harmonica & vibes combination rips off Tortoise (ripping off Morricone), which makes it ace, obviously. Like '(My Girl’s Got) Miraculous Technique' (Track 14, here), it might have benefited from being elsewhere in the running order, so as not to suffer from expectation of a climax, but B&S rarely end their albums with a bang, and both tracks show off the remarkable ability of the band to put down their parts like they’re all playing lead, however quiet, however uncertain of being heard until ten years on. If that's not the Number One criterion of greatness, what is? In Stuart's own words: