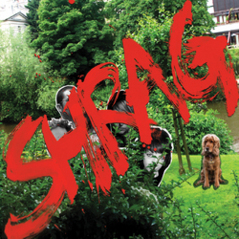 Kurt Cobain said that listening to The Raincoats was like sneaking into the attic of these strange girls you like, and finding out what they really say when boys aren’t around. Question is, after 30 years of girls without the technical prowess of Joni Mitchell or Laura Nyro opening their diaries and setting them to new wave, what else is there to say about lame relationships that doesn’t belong in a diary? Shrag's promising debut has some clues...»

No information for this release