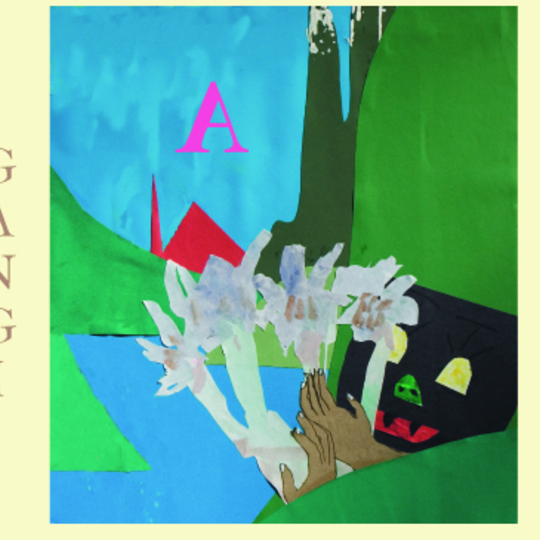 Given that Matt Gangi has gone to such an effort to create layers of gorgeous sounds behind (relatively straightforward, boldly strummed) acoustic guitar parts, it would seem appropriate to swathe Paisley-patterned metaphors all over this review, whilst fawning over the (pretty damn exciting) inclusion of a cribsheet of obscure lyrical allusions. Not just a glossary, though, but a kind of mind-map exploding the associations of each song-title with the Joycean trick of breaking them down pseudo-phonetically, into new words. For example: "transitional floodplain (trans-ish-annul-Fula-HUD-plane)" where you’re told that HUD = US Dept. for Housing and Urban Development, and the Fulani are W. African nomads.

Problem is, it also seems irresponsible not to come right out and tell you the guy’s voice could be a deal-breaker for many listeners. It’s not quite Elmo from Sesame Street, but you’d have to stick a finger in each corner of your mouth to sing along. Basically, he sings like Van Dyke Parks, or Jad Fair from Half Japanese, but Jad gets away with that (or does he?) with a distinct note of humour, and endearing lyrics that make him sound like a cartoon character courting.

Okay. Caveat out the way, let’s turn back to the lyrics. The English postgrads will be speculating that the title is an allusion to Louis Zukofsky’s epic poem, "A" (1928 – 1968) often considered a folly on a par with James Joyce’s Finnegans Wake (1922 – 1939), even by their fondest admirers. Both were conceived at a time when new media were expanding the infosphere and historic scope of serious writers, but over-exposure to TV hadn’t yet made it seem perverse to demand that readers actively process all those complex references at once. Recognizing the latter problem in the 21st century, perhaps, Matt keeps this tuneful and short (at 31:52), but it’s still fiendishly dense.

Lyrics aside, here are some reasons to wade into the soundscape: voices, guitars, various synths, programming, drums, bells, flutes, pans, tea kettles, bass, samples (NYT & EPA, etc.), mandolins, autoharp, banjo, echo machines, etc. All of these are blended exquisitely, to evoke ancient Iraq, pre-colonial Nebraska, the Sahel, wherever. If you haven’t heard Ribbons, then think Heaven Sent by Half Japanese, or Dusk at Cubist Castle by Olivia Tremor Control, except with an even more painterly blending of instruments beneath the rhythm guitar, like a funkless Byrne & Eno.

Still, the album’s central conceit is a mixed blessing: the tunes are immediate, throughout, which keeps you listening again & again, but the emphasis on weaving connections between images and events across space & time, often impedes the emotional impact. Zukofsky’s poem partly took aim at the hypocrisy of American intervention in Korea & Vietnam, and Gangi likewise seems to be waving a hundred-fingered hand at American neo-imperialism in Africa, and elsewhere, hinting that there are parallels to the earliest and cruellest empires, ruled by god-kings, and that some of the victims of foreign policy (nomadic peoples) and of domestic policy (immigrants, usually middle-class) might provide better cultural and socio-economic models for navigating the world of the 21st century (see, for instance, anthologist Pierre Joris on the benefits of a “nomad poetics”). If this turns your crank, then give it a stab; if not, the vocals are a mixed blessing, as already stated, because none of this is forced on you. It’s an active listening experience, after all.