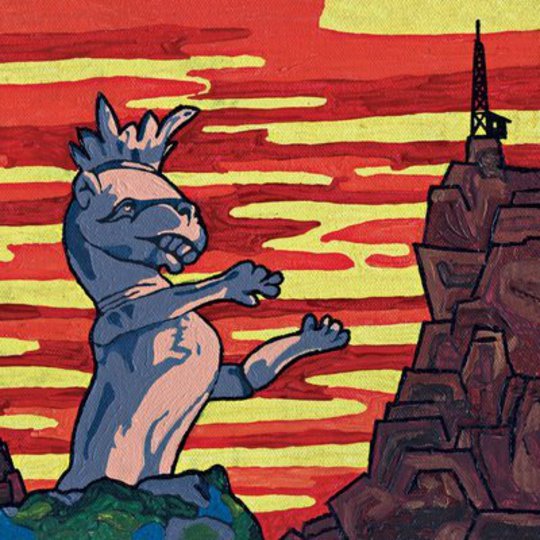 A self-titled solo album by the frontman from Radar Brothers. I’d say “the long-awaited, et cetera…” but long-awaited by whom? Radar Brothers have been around so long they’re one of a handful of bands left from second-wave slowcore (the likes of Slint, Rodan, and Codeine being the first wave to defect from the ranks of hardcore; Low and Bedhead/The New Years being the other mainstays of the second wave).

Radar Brothers were always an innately Californian take on slowcore, so it’s not a huge surprise to find that with less emphasis on song-writing, and more on synths, Jim Putnam’s record arrives somewhere just south of Another Green World (1975). Opening with Eno-like drones, and blank, soporific vocals, the songs nonetheless lack the peacock feathers and oblique strategies of Eno’s early forays into ambient.

For the most part, this could pass for a collection of Yo La Tengo instrumentals. It’s pleasant enough as background music, and many of these tunes could have been re-arranged into songs for a full-band; unfortunately though, this never coheres enough to suggest an overarching narrative, and the images evoked are best described by the rather bland track-listing: 'Out Country Way'; 'Island in the Sun'; 'Pencils / Pens'; 'Tether in the Haze'. I don’t want to shoot down Jim Putnam – he gave my fanzine its first ever interview, ten years back – so I’ll sincerely recommend And the Surrounding Mountains (2002) instead; it’s sad and pretty, and warm and lonely, like I’d imagine Christmas in California. In fact – Yes! – this review has now been hijacked to sing the praises of that earlier album. This solo album, however? One for Completists only.