Caught In The Trees 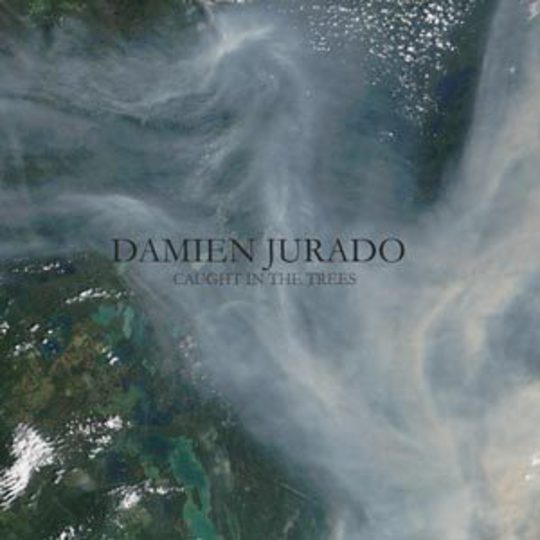 Some years back, not long after his Grammy Award nominations, rumour went round that Ryan Adams had made his "commercial suicide" record, which turned out to be Love Is Hell, pts. I & II. That was the point I first pricked up my ears, and wasn’t one bit disappointed with the results. Damien Jurado isn’t in a position to make a "commercial suicide" record, but this is his Love Is Hell, pt. I and a damn fine thing that makes it.

Admittedly, it used to feel like Damien didn’t quite know which way to jump: his voice and songwriting lack the high drama and occasional histrionics of Ryan Adams. At the same time, his arrangements are too conventional to give him the lo-fi cachet of an Elliott Smith. Finally, though, everything locks into place on Caught in the Trees.

We’re eased in gently: opener 'Gillian was a Horse' rattles along like Tilly & the Wall enacting a small-town ruckus, albeit without the "Fuck You!" chorus, and it’s not the only moment you can hear Bright Eyes in the next room along. A couple of tracks in, 'Trials' bears a close resemblance to Elliott Smith’s sublime 'Needle in the Hay', the guitar ticking away urgently, but adds subtle harmonies that tip the balance from pathos to redemption.

As the album progresses a subtle symbolism is revealed – the title clues you in, but it’s basically a set of images and loose associations with birds: gifted with flight, but doomed to a cheap life, seeking shelter from the rain, and easily broken by larger animals and machines. Even where the lyrics are sparse or abstract depictions of relationships gone sour, that’s the view that sticks with you: bare trees and birds like ink-marks seen through a rain-specked passenger-side window, looking sullenly away from the driver.

'Last Rights' recalls Elliott Smith again, the singer whispering promises close to the microphone, as the guitar ticks along underneath, but the lyric "should you ever need me / to stick around" has an ominous undertone, echoing Dave Grohl’s first song about Kurt Cobain: Yes, I’m here for you, in your time of need, but I’m only sticking around because someone else needs me, more than I need my own pain to end. Toward the end of the song, the reverbed lead-guitar rises up among thunderclouds of echoing fiddle, the mixing and arrangement closer to Mogwai or alt. country / post-rock crossover artiste, Thalia Zedek.

Well into the gloom of Side 2, 'Sheets' is the knife-in-the-heart best track here, but that’s not to say it’s a long mark beyond the rest. The piano-part is exquisite, equal to much of I See a Darkness, or the Mogwai EPs to either side of Come on Die Young, where the natural room-sound makes the instruments sound unbearably forlorn; the exquisitely sad prettiness that comes from being played in an empty house with no-one else to hear. The key lyric is "I won’t share the trap that you have me in" but Jurado deserves a longer quote because his use of run-on lines and enjambment is stunning: the kind of hypomanic flight of imagination that characterizes rare talents emerging from their hours of darkness: "Is he still coming around / like an injured bird / needing a nest / a place to rest / his head, in a song, you’ll regret. / Still you take him in / Lord knows I won’t compete / still I sleep / in the very sheets / you laid for him. / Swallow him whole / like a pill…" This is where the guitars roar.

Sure, there’s less humour here than Conor Oberst or Okkervil River, but there’s also less caricature, and if Damien Jurado continues to play second fiddle in terms of success, he no longer does so in terms of atmospheric arrangements, captivating tunes, and dark poetry.