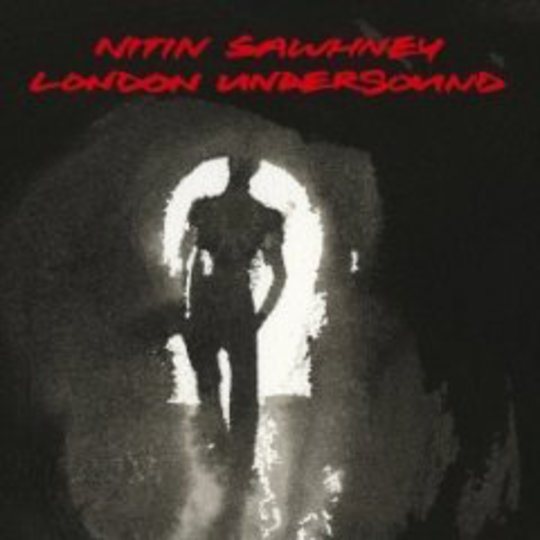 The rise of Nitin Sawhney is fully deserved. A classically trained musician with great vision, he has a back catalogue and a stack of awards that I suspect allows him the opportunity to access most of the artists he wants to work with (sculptor Antony Gormley contributed drawings for London Undersound’s artwork). This may also explain why there is only one song on the album to not feature a guest. Never one to shy away from politics, Sawhney’s latest, allegorical offering – his eighth – tackles a London post September 11th and the London bombings of 2005.

Previous album, Philtre (one of his finest albums along with Displacing the Priest and the Mercury nominated Beyond Skin) was released in 2005 to great acclaim. It featured Sawhney’s lively, trademark blend of East and West which served to only further his reputation. So, when I read that he had, to all intents and purposes, decided to succumb to a national, possibly irrational culture of fear and create an album focusing on the ‘change’ in London – I was intrigued to hear why and how this fear would manifest itself as sound.

Sadly, I can think of no worse start to an album than 'Days of Fire'. Featuring reggae-soulster, Natty, the track describes how Natty got caught up in events on the day Charles de Menezes was fatally shot in Stockwell. Where to begin? Perhaps the general inaccuracies of the story, or maybe just the plain, abhorrent insensitivity of using a tragic murder and miscarriage of justice to bolster your personal point-of-view. The plainest thing that comes to light is the complete selfishness of Londoners; there is no art in a smug exploitation of art masquerading as moral explanation.

Not wishing to dwell on this beginning, 'October Daze' takes the listener on a dreamy, whimsical ride all the way to the drum n’ bass of 'Bring it Home' – fancifully played in a 6/8 time signature, no less. If you are at all familiar with Sawhney’s recordings, you will know his production values are of the highest order; which tends to lend an almost soulless, made-for-TV feel to the songs. If there ever was a song to exemplify this, it would be the ironically titled 'My Soul' featuring Paul Macca. Preceded by some drivelling nonsense by Sir Mac explaining the theory behind 'My Soul', it is simply an indescribably limp song.

Oddly enough, it is the latter part of the album where Sawhney starts to find form. The falling Teental lyric of 'Daybreak' (featuring the brilliant Faheem Mazhar) is beautifully juxtaposed with staccato violins and breakbeats – this is exactly where Sawhney excels. OK, so he follows this with the “incendiary” Jack Straw quote about his female Muslim constituents wearing and not wearing the veil …but then that’s followed by 'Ek Jaan' (One Life) – a piano ballad with a Hindi vocal. Superb!

'Transmission' claims to be “about the way we are bombarded vacuous radio and TV commentary about stuff that is devoid of any heart or meaning…people are dying in other countries, but we are robbed of all perspective and priority” and 'Last Train to Midnight' (featuring Cream’s bassist’s daughter) is touted as Dubstep; but actually bears more resemblance to the Easy Star All Stars than kode 9.

Final two songs, 'Firmament' and 'Charu Keshi Rain' are both delightful instrumental pieces – cleansing the palate of this assortment of crudely thrown together pieces. But the absolute stinger of this album - is that it’s a lie.

This is not the sound of the London underground (although the album ends with that particular sound); it sounds nothing like London. Not the London I know. London Undersound was made by a Wandsworth-ite so rapt by his own fears and insecurities, that he has completely lost sight of the bigger picture.

My London is big, fearless, and cagey – somewhere not unlike London Zoo.