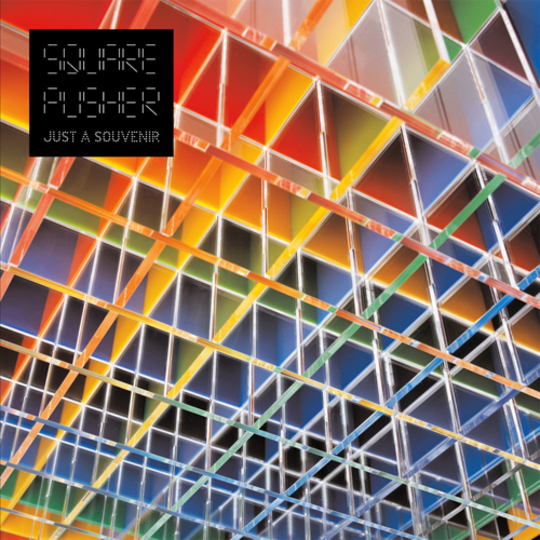 Squarepusher (né Tom Jenkinson) albums are often frustrating but fantastic things. Sometimes there are moments of unbridled ingenuity, but at other times it feels as though it's innovation for innovation's sake, and way too hard to endure without your brain frying in its skull as it tries desperately to make sense of the array of supersonic clicks, beeps, hyper-beats and assorted moments of atonal audio clash. With Squarepusher, it's very much a process of not only expecting the unexpected but also learning to understand and appreciate the bizarre nature of the musical cocktail he shakes.

There is something of a dual emphasis on here. About two thirds seems to be based on some kind of mutated and malformed fuzz-loaded jazz-funk, with the final third comprising tranquil and lethargic plinky-plonky jams. During the album's more esoteric moments, the mind wonders whether legs are being intentionally tugged. Look no further than 'A Real Woman' for an argument in favour of this. A heavily vocoded voice narrates, presumably, the troubles of dealing with real women from a mechanoid's perspective ("Please tell me what it's like to be real/You're smoking because you're real"). It is, even by Squarepusher standards, pushing the boundaries of peculiarity. But his willingness to not so much push as shatter the boundaries has arguably been at the very core of his long-term appeal, and it's been a winning formula so far.

'Delta -v' is the musical embodiment of man and machine in complete harmony; the fretboard ripped through with a snarling contempt whilst pops and slaps rain down in a thunderstorm of fuzz. Just A Souvenir is, like many Squarepusher projects, an exercise in wanton experimentation, but while some of his releases have undoubtedly suffered as a result of their interminable length (Ultravisitor, anyone?), at 44 minutes this is a more compact and accessible record. It's hardly a great deal more cohesive or cogent, but we're offered bite-size chunks of the bizzare and brilliant, each to be digested before moving on to the next. 'The Glass Road' is the perfect example, fusing low-key jazz with frantic and furiously distorted drums and bass: sometimes the manic distortion prevails, at others it sits alongside the ultra clean and the über-smooth. But never does the jazz win. This is, perhaps, an accurate microcosm of the album in general.

The trio of tracks which close the album are devoid of any of Squarepusher's trademark beserk babbling; 'Duotone Moonbeam' sounds a little too much like a lounge band haphazardly warming up, but 'Quadrature' is full of warm, thick, and plentiful bass chords whilst a minimal amount of electronic bleeps, whistles and whirls inhabit the background as it evolves into the album's finest moment. Just A Souvenir, then, is typically Squarepusher: even being one of his shorter releases, it's filled with peaks and troughs. There's still too much here which feels (and sounds) like filler, but when Jenkinson pulls it off it's as incomparably awesome as ever.