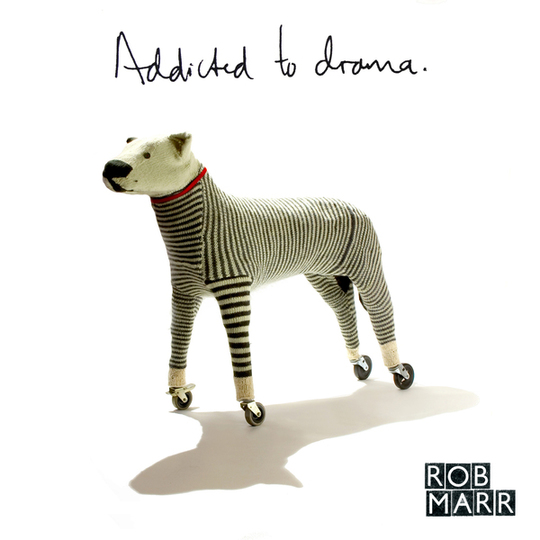 Rob Marr got battered to make this EP. Not in the traditional rock 'n' roll fashion, but in the context that poor old Noel Gallagher recently became familiar with on-stage in Toronto...

I never condone violence but in this case it’s certainly done its victim Rob Marr some kind of good. Receiving a fistful of cash as compensation after being mugged on the mean streets of London's New Cross, Addicted to Drama was rapidly recorded in an old radio station.

Lead track, 'Addicted to Drama', is an upbeat, piano-driven track featuring an anthemic chorus, delicious drumming (also c/o Rob) and some loquacious lyricism: simple, brilliant British pop, as it should be. Marr’s efficiency continues throughout his debut EP, particularly on the quirky, stuttering 'Safety Pins' and the wondrous ballad, the 'Lighthouse Keeper’s Cottage'.

If Mike Skinner had Damon Albarn's larynx and Freddie Mercury's ear for piano melodies, he'd be in the vicinity of Rob’s shimmering London sound. Having already played Camden’s Roundhouse, where Rob was joined by The Noisettes’ drummer and eighties legend Rick Astley on acoustic guitar; concussion has never sounded so good.