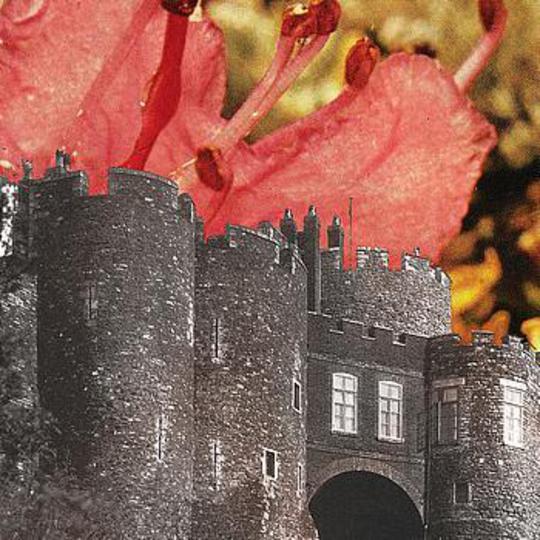 One might expect this would be a good time for Bradford Cox to firmly establish a line of demarcation between Deerhunter with his Atlas Sound solo project – perhaps steer the band back towards the messy art-punk of the Atlanta, Georgians’ self-titled debut (alternately entitled Turn It Up, Faggot – a reference to insults hurled at the gangly Cox during live performances). Of course, it’s something of a moot point as there was little separating the two entities all along.

While the musical building blocks in their arsenal do not lend themselves to a mainstream crossover attempt, Microcastle is sure to win over non-believers with its pop flourishes. From the outset, the record takes an understated approach. Rough edges have been sanded down into a far more digestible format. Psychedelic leanings which have threatened to spiral out of control remain, but now with its bittersweet underpinnings pushed to the surface. Where short attention spans may have been frustrated with Cryptograms’ drone, an ever-lurking ataxia of guitars sidesteps any monotony.

A whitewash of sound is woven over an insouciant melody on ‘Never Stops’, the song picking up where Ian McCulloch’s similarly urgent refrain left off all these years ago. The guitar lead on_ ‘Agorophobia’ mirrors the vocal cadence giving the song symmetry not ordinarily associated with Deerhunter. When Cox sings, _“I had a dream / no longer to be free,” it is not immediately apparent he’s talking about the price of fame. But the teenage angst prevalent in early recordings is no longer much visible and it’s difficult to imagine Cox onstage wearing a dress performing it. And despite claims of “nothing left to say,” Cox is indebted to his manic condition, resulting in an uncharacteristically expansive lyrical content.

Whether or not Cox’s health issues are the primary basis for themes doting upon death and desperation isn’t necessarily important. The band’s emotional range gallops ahead with the confidence bred from the nearly flawless Fluorescent Grey EP, giving a netherworld depth to sentiments which may otherwise have come across as callused or detached. ‘Little Kids’ _(an almost slow-motion version of _‘Like New’) climaxes with its_ “to get older still”_ refrain, marking a strikingly hopeful posture relative to previous outings.

The near danceable percussion and bass blend seamlessly with down tempo tracks kicking off the second half of the album. A four-note piano arpeggio on ‘Green Jacket’ _brilliantly sets up _‘Activa’ whom Deerhunter fanatics will remember from the Daytrotter.com sessions of last year. While this chopped down version loses the feedback, the song remains a beautifully painful endeavour. On the title track, in particular, Cox’s plaintive tenor carries sparse instrumentation until the midpoint at which time the roles are reversed. It is a songwriting tactic largely reserved for his main band, and honed to a fine-tooth comb here. Closer ‘Twilight at Carbon Lake’ brings this juxtaposition together – when Cox has finally had enough with words – the melancholy is broken open on the album’s final minute with an assault of blistering guitars and cymbal explosions in what can be imagined as some sort of cynical reproach of_ Ode to Joy_.

With nary a duff track officially released and otherwise, it nevertheless seems improbable Cox’s latest incantations have undergone further improvements. He is, after all, merely a young man channelling his obsession of Velvet Underground, Brian Eno, Kevin Shields, and Pixies. Some will complain a noise reduction lessens the impact, but it is the softer side of Deerhunter which makes their music so compelling. There is elegance in the album’s simplicity, and by extrapolation provides proof the treated vocals and distorted guitars on Cryptograms weren’t masks to hide incompetence. Nirvana once dared to show the world their songs could be unplugged without forfeiting the band’s inherent raw energy, and the relaxed setting here demonstrates Deerhunter more than able to withstand similar scrutiny.

Where the split-personality of Cryptograms hinted as much, a cohesive effort on _Microcastle _delivers the goods in its entirety. In what amounts to a peek behind the curtain of reverb enveloping much of Deerhunter’s compositions thus far, the album justifies our expectations for greatness. It is a precarious algorithm of pedal guitars, drums, and bedroom experimentation few bands manage to attain. Curators of music history may yet remain unconvinced. In the meantime, there’s no harm taking the liberty of pencilling in Bradford Cox’s name for the next generation’s list of iconic influences.