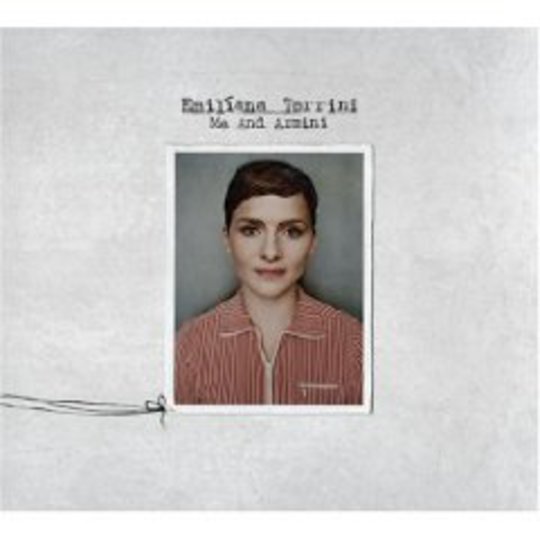 Blessed with an enchanting voice, occasionally commanding sense of melody and something – something – this critic can’t quite put his finger on; a homely warmth, perhaps, that always delights to some capacity – there remains a nagging sense that (co-writing Kylie Minogue tunes and closing out The Two Towers with 'Gollum's Song' notwithstanding) Emiliana Torrini has never delivered on her talent the extent to which she’s capable. Debut album Love In The Time Of Science enthralled in its stronger moments ('To Be Free' a certified firecracker of a tune), while reinvention as a singer-songwriter of the more traditional mould followed come 2005’s Fisherman’s Woman, yielding such simple pearls as the fine ‘Sunny Road’.

Me And Armini then, finds her poised to capitalise on the subtle charm of its predecessor. It’s not, however, a particularly similar record; in fact, where that album faltered through a seeming inability to step things up a level, here Torrini’s downfall is attempting an array of styles at once unobtainable and inadvisable, the resultant work disappointingly lacking cohesion – stultified by this central flaw.

Indeed, the excursion into cod-reggae offered by its title track is as baffling as it is slight, yet preceded by the sparse, easy lilt of 'Fireheads', which despite making very little sense lyrically (“We…share…similar Fi-re-heads”), makes for a gentle and intriguing opener. It’s not even as if moments of genuine strength are in short supply here, just that they’re tempered massively by the odd clanger: Torrini doesn’t convince, for example, on the uptempo 'Heard It All Before' or acerbic 'Ha Ha' (but then how could she, a voice as sweet as hers?). When not dropping these, highlights elsewhere reveal themselves gradually: the slow-burning grace of 'Big Jumps' (flirting with lyrical platitude though it may be), or skittering electronica and fuzz-bass of penultimate track 'Dead Duck', which roughly halfway through its six-odd minutes segues into an extended, acoustic guitar-led outro where dappled pianos and strafing jolts of noise adorn an ever-swelling tapestry.

Similarly, her vocal simulation of a jungle-drum on, well, 'Jungle Drum' is nothing if not charming (“My heart is beating like a jungle drum / Rakka-dong-ca-dong-cha-rakka-dong-ca-dong-dong!” – oddness levels still many miles shy of that other Icelandic siren with whom comparisons can be drawn), while the skeletal 'Beggar’s Prayer' is as affecting as the former is playful.

Ultimately though, this record does fail to live up to its potential; exceeding the sum of its parts an elusive notion it doesn’t wholly manage. It's more adventurous than the album prior – and generally more successful in this eclecticism than her debut, certainly – yet that Torrini’s best work lies ahead of her seems indubitable. Happily, Me And Armini provides evidence aplenty this is on the cards sooner rather than later.