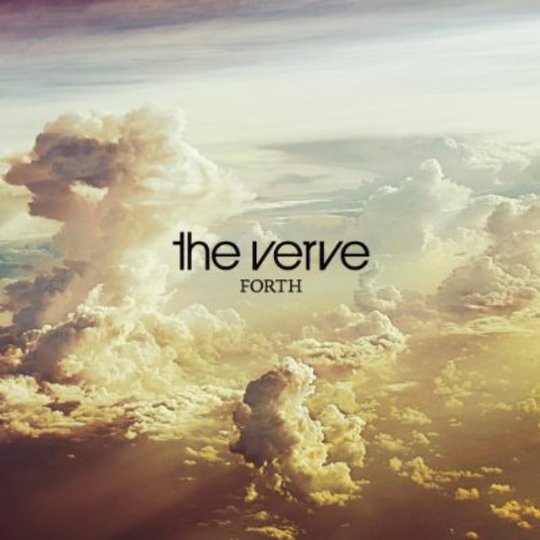 It may have escaped the attention of many but The Verve have already been together longer on their latest foray into the musical ether than on their previous outing some ten years ago. That one ended with the wheels falling off mere months into the promotional campaign for Urban Hymns - the album that cemented their position as one of the twentieth century's last notable (and most volatile) Rock and Roll bands. Though a lot of water has passed under the bridge since then, there appears to have been some degree of unfinished business, because in June last year news filtered through that Wigan's sons were once more in the studio. Cue much excitement, some brilliant live shows over the following months, and with barely a note of new material having been previewed, a headline appearance on the Pyramid Stage at this year's Glastonbury. It effectively drew a line underneath a particular chapter in the history of the band and set the stage for this, The Verve's fourth album release.

Some might expect Forth to be a fresh start then. A class act returning and restating its modus operandi by sweeping the table clear of a number of the mystifyingly popular non-bands that masquerade as artists on the sickly bosom of the modern music charts. But somewhere down the line The Verve's frazzled space rock has been watered down into a more easily digestible form, to the detriment of all concerned. Whatever criticisms you could previously level at The Verve, you always knew that they meant it. Unfortunately, Forth requires a much more dispassionate and prosaic response because the mix is brutally bereft of the darker edges that coloured many of The Verve's best moments. Vocals high and centre; a polished sheen; it's unmistakeably a release by a band that sold seven million units of it's last album. Lead single, 'Love is Noise', for exmple - which echoes the grand universal sentiments expressed in 'Bitter Sweet Symphony' - has a shiny pop facade that 'oohs' and 'aah's its way into territory perilously close to that occupied by the insipidly calculating, latter-day *U2*.

The fact that four of the ten songs here are credited to Ashcroft alone is indication that things haven't changed dramatically. That, in the main, these songs also sound like the frontman's previous solo outings is disappointing. There were intimations around the time of the renuion that The Verve going forward would be a more experimental outfit than the one which previously disintegrated in acrimony and bitter recrimination. In truth, the high-cheekboned Britpop messiah has moved on too far in terms of songwriting to ever really step backwards; this is still a ship with Richard Ashcroft at the helm whether through choice or default, and the songs accordingly reflect that influence. 'I See Houses' is unmistakably a song by the man who gave us 'Check The Meaning' rather than the band which brewed the maelstrom of 'Gravity Grave'. Similarly, 'Rather Be' is a nicely pedestrian workout, with its smooth orchestral flourishes providing the wash over which Ashcroft croons; it's melody slightly reminiscent of Oasis' 'Gas Panic'.'Valium Skies' is worth a special mention though. It is an arms aloft ballad de force which showcases the band's knack for bolstering Ashcroft's better songwriting instincts. Here, Nick McCabe, Simon Jones and Pete Salisbury give weight to acoustic renderings as effectively as they ever did on 'Space And Time' or 'Lucky Man'.

Those who griped in the past about band members being musically shackled by the solo oriented material will find little to convince themselves that this isn't the case still, but promising collaborative grooves and arrangements break out elsewhere, at least enough to give some credence to the talk of The Verve now being a more cohesive unit. Indeed, there are attempts to push through the looking glass in the style of old and repeated listens subtlely reveal this. 'Numbness' rumbles brilliantly, one of the occasions where Nick McCabe - held by many to be one of the finest guitarists of his generation - is allowed to scorch and bluster over a protracted jam. 'Noise Epic', though unimaginatively titled, also drives through a series of riff-heavy segments during it's eight minutes. Meanwhile 'Judas' makes like 'Man Called Sun' but suffers for its lighter disposition and bland lyrics, "New York/ I was Judas/ She said a latte/ double shot for Judas."

Unfortunately, it's not really enough over the long haul. Too much of McCabe's guitar work is ultimately reduced to padding. Tasteful, nonedescript fluffing that brings a shimmer but ultimately doesn't make weight enough to raise some of the more staid tracks above merely listenable. What's more, the pace of Forth rarely rises above a canter, and whilst The Verve were always guilty of this to a degree (A Northern Soul is unrelentingly dense), without the rawness or anger or wide-eyed mysticism that tended to prevent them from plodding in the past, the music suffers. 'Valium Skies' is the only track here under five minutes long, and though some of the protracted stoner-jams are welcome there is too much that outstays its welcome. With the addition of the limited edition bonus tracks ('Mama Soul' and 'Muhammed Ali'), or even the freely available 'Mover', Forth would have been a much more interesting and varied proposition. As it stands, it blends together into a slightly indiscernable whole.

So, whilst a rising tide of indie flotsam and Jetsam continues to lick uncomfortably at the base of our metaphorical ball bag, The Verve are still ahead of much of the competition. Unfortunately, if they're competing with anyone then it is ultimately with themselves. Just how often you'll revisit Forth after the initial flush of interest is debatable, because it hasn't really moved things anywhere for them. There's life in The Verve yet - their live performances are evidence enough of that - but heads wont be twisted in the same way again; they've been there, (over)done that. With Richard Ashcroft recently announcing his intent to continue his solo career, it may be that the fuse is already lit on The Verve Mk III. It's fairly safe to assume however, that should this be the start of a rather longer road then there'll be an audience for whatever they release for some time yet. It's something they earned before this album, and it'll be around afterwards, if they want it.