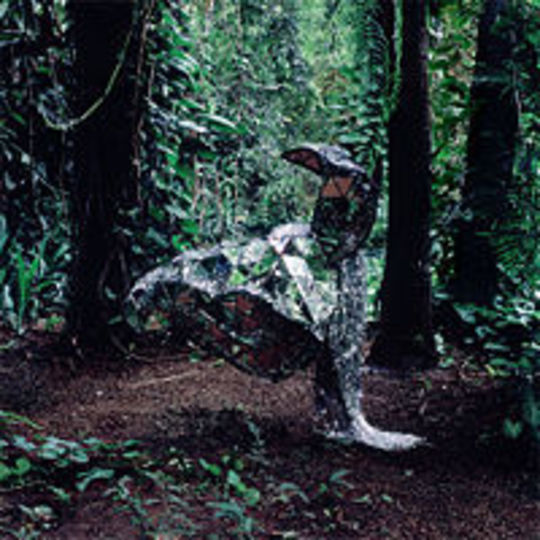 Donkey has been in my care for over a week, rearing its head a good few times each day, inviting me to interact, to let it grasp at and keep a hold of my attentions. And often, more often than not, it has succeeded. So why am I still not sure if I want to let it stay for good or not?

Cansei de Ser Sexy aka CSS**’s second album after their mainstream-courting self-titled debut of 2005/06 (it was first released in their native Brazil before being picked up by Sub Pop for worldwide distribution) fizzes with all the pop savvy of its predecessor, but it doesn’t shout loud enough nor kick wildly enough to make as substantial an impression on senses now well-worn by the band’s hyperactive shape-pulling and slick choruses. Since that debut vocalist Lovefoxxx has become an indie-scene celebrity, hanging off the arm of a Klaxon, and her band’s music has become a staple of student night dancefloors the country over. Everyone knows ‘Let’s Make Love…’ and ‘Alala’, and knows how to swing their hips in an appropriate manner. They’ve become songs you soak in and sweat out without realising it, your twitching limbs able to operate autonomously, leaving your brain free to engage in bar-side small talk.

Donkey is sleek and well formed, but lacks spark. It has played out time and time again, but not once has one song leapt from the pack of eleven and given its parent record a new dimension previously unheard. Its production is flat and uninspiring, and does nothing to bring what could be colourful concoctions truly to life. Where’s the passion? I guess this is the most notable shortcoming of CSS’s second: while their first wasn’t the greatest example of modern pop songwriting it still dripped attitude and ambition, the desire to succeed beyond expectations. Donkey reeks of complacency, sounding exactly like its catalyst wasn’t a flash of creative inspiration but a stern e-mail from the band’s label asking when they’d have some new songs to play them.

The band’s excellently crafted vocal hooks are still evident: ‘Give Up’ is a sing-along that’ll keep Astoria-sized venues bouncing when CSS tour in October, and ‘Left Behind’ is probably the most impressively elegant of these could-be-punchier numbers, and an obvious choice for lead physical single in the context of the whole album. ‘Move’ is a jolly, weirdly Euro-dance quick-stepper with overtones of Police-ish white-boy reggae; contradictorily, ‘Reggae All Night’ isn’t reggae at all, but a sirens-and-whizzes affair with Lovefoxxx’s vocals filtered through Tron helmet earpieces. There is_ talent on display. Really. You just need to _really concentrate and listen through the choking gloss.

But that is about as enthusiastic as I can get about Donkey, sadly. It’s not a bad album – there are songs to bop a bonce about to when no care in this world is bothering you – but it simply doesn’t develop the band’s sound as heard on Cansei de Ser Sexy. Actually, it’s not as good as its makers’ first, given the flatness of the overall production which falls well short of capturing the dynamism of the band’s live show. Had Donkey kicked with more vigour it could’ve been a fun-times soundtrack to summertime parties and road-trips alike. But it’s so lacking in life that I’m afraid I’m going to have to move it out immediately. It’s doing _nothing _for the ambience in here.

In fact, the more it hangs around it the more it’s stinking the place up. What an ass.