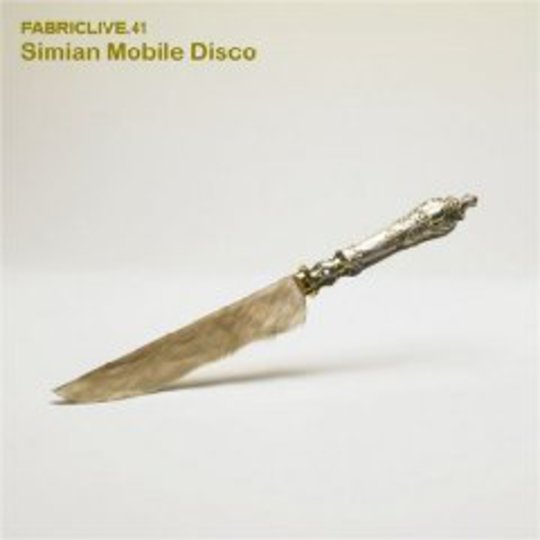 Not to be confused with the remix album of Simian Mobile Disco’s Attack, Decay, Sustain, Release, Sample And Hold, this is a SMD DJ set, the latest in a long line of FabricLive compilation albums.

Those expecting a SMD set to comprise of an hour of electro bangers will be disappointed here, as although it features a few the mix is much more eclectic than anticipated, fully embracing the wide range of James Ford’s and Jas Shaw’s record boxes. From The Firebird to Merc & Fractal, through Bentobox and Plastikman, it’s all in here with very few commercial breaks. The hour-long, 22-track set is as relentless as it is obscure, and showcases how SMD have managed to rise to the top of their game and become such respected DJs along the way.

The pace is unremitting, with drums constantly banging and bleeps and beats hammering away at the same time. Sisters of Transistor kick off proceedings in blistering style with ‘The Don’ before the first of two SMD tracks that feature on the album._ ‘Simple’, a previously unreleased effort, is a sparse and minimal techno workout with glitches and percussive jangles galore. This then makes way for an early highlight in Hercules & Love Affair’s ‘Blind’_, Antony Hegarty’s haunting vocals seeming that bit more ethereal over the seedy audio backdrop.

The set lulls somewhat around the halfway mark, with the more minimal elements feeling flat and unnecessary, Moon Dog’s_ ‘The Suite Equestria’_ being particularly impenetrable. Things pick up again with Deadmau5 Vs Jelo and the second of those SMD tracks (‘Sleep Deprivation’) but drop off again with the introduction of Raymond Scott and Paul Woolford. Luckily, an inspired final double whammy of Green Velvet and The Walker Brothers stifle the ennui.

For SMD fans this comprises nothing more than a stop-gap release, a la their ‘own’ remix album. But FabricLive followers should welcome this addition to an already full-to-bursting collection.