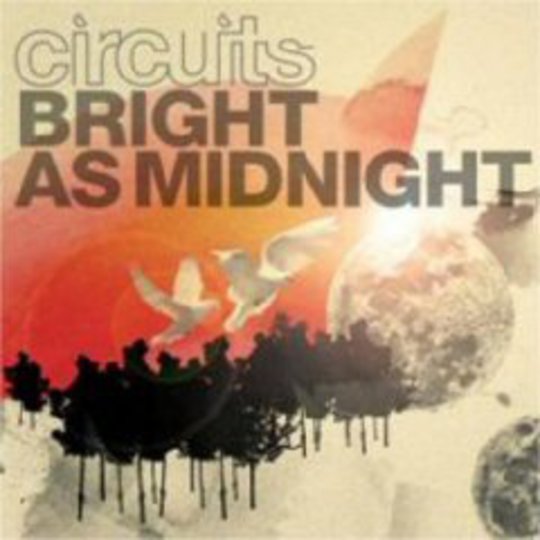 You know how there is ITV indie (Kaiser Chiefs) and Skins indie (Klaxons)? Well,* Circuits* belong firmly in the ‘Keanu Reeves indie’ pigeonhole, named so due to such bands’ dependable and solid nature, but complete lack of originality or excitement.

Ultimately it’s quite difficult to say anything either positive or negative about Bright As Midnight, as it’s that clean and straight-cut. The only way of describing it is if T4 featured a show called Indie Icon, probably hosted by Alexa Chung, Circuits would win hands down. Their music is FM ready, coated in shiny production, and has enough soaring choruses and driving guitars to blend into one almighty racket that could soundtrack mobile phone adverts ‘til the end of time.

Every song begins with the most bog-standard riff imaginable, the kind that makes The Pigeon Detectives sound like Hendrix, and lyrics that just… well, listen to this pearl of wisdom from ‘Exit Strategy’: “Need to be the first rat off this ship that is sinking / But when you win the rat race you’re still a first-placed rat”. Zack de la Rocha, watch your back: revolutionaries coming through!

The only shock gained from discovering this band was learning that Circuits supported Rival Schools recently. One can only assume Walter Schreifels and company never toured with an easier act to follow. Channel 4: if I see Indie Icon any time soon I’ll be after royalties.